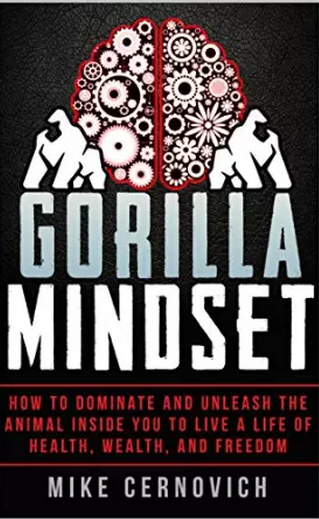 Here are my thoughts on "Gorilla Mindset", Mike Cernovich's long-awaited book which covers how to implement the core principles of his website, "Danger & Play".

I'm not going to bore you with a long traditional review or try to downplay the fact that Mike and I are friends and I want this project to be super successful for him.

We'll talk about some other things but -

Yes, I want you to check out his book.

That is what this post is supposed to do.

In case you wondered, because some do, I have both purchased and read this book (I got the opportunity to read before it was released).

I've also listened to every single one of Mike's Podcasts. Behind the scenes he's been a bit of a mentor to me - especially on personal finance and legal-but-not-legal-advice issues.

I have a lot of respect for him and if you knew him better - you'd like him even more than you already do.

I was legitimately impressed by his book and how he approached "mindset".

Contrary to popular belief, "mindset" is not easily covered.

The Problem With Teaching and Learning Mindset

Mindset is the hardest thing to learn and it is even harder to teach.

In fact, I can argue that is it virtually impossible to teach.

In fact #2, I stay away from it for one primary reason -

I can only repeat over-and-over -

The only way to internalize a new mindset is to gain real life experience that slowly rewires your brain and makes you BELIEVE what you read.

That is how learning (actually believing) happens.

Reading/"learning" and ACTUALLY BELIEVING are not the same thing.

That is why exposure therapy (controlled experience) is the only effective way to truly beat Approach Anxiety and things like "reading about inner game", "going to a pick up artist conference" and "Skype coaching" don't.

Mindset is earned and you can't undo years of hardwiring overnight.

This is obvious, but most mainstream approaches to mindset entirely ignore this and simply offer the same generic platitudes and commands -

What doesn't kill you makes you stronger!

She told you that you are ugly and genetically inferior, but it's her loss!

You can play Quarterback in the NFL as long as you think you can!

Although you are 356 lbs. and wear clothing that is too big for you, women aren't sexually attracted to you because you think you are fat and out of shape!

The reason you can't squat 605 lbs. is because you aren't visualizing it clearly enough!

Everything happens for a reason!
There is a reason that those huge thugs tied up your father and raped your mother! It will make them stronger!

Nearly every mindset-focused book that I've seen belongs in the "philosophy" section of the book store.

Correct, interesting, well-meaning and potentially valuable information - with no clear roadmap and offers only a "You can do it if you try (and think about it hard enough)!" temporary high.

I used to get high on self-improvement myself, it's quite addicting actually.

Eventually, I actually got serious about my life and made some real changes.

Why Gorilla Mindset is Different

As you would expect, like Danger & Play, the book is personable, encouraging and intelligent.

It is also reader-friendly and reasonably entertaining.
(Gorilla Mindset is more on the serious side and isn't as brash or combative as Danger & Play)

But ultimately, the only reason that Gorilla Mindset (or any self-help work) can make a legitimate difference in your life is because it provides specific, orderly, realistic and applicable steps.

Gorilla mindset does and that is the near entire focus of the book.

Throughout, but specifically at the end of each chapter, there are concise steps and habits that you need to adopt to your daily routine to reach the said mindset.

You either do it or you don't.

The material is meant to have IMPACT than insight.

It's a lot like the material on Good Looking Loser in that regard.

The directions are there. In order, when possible.

It's up to you to take it from there.

While the book covers and outlines the major principles of Danger & Play, there's other subtopics that are discussed.

In my own words, here's a few that I liked that you guys might also be interested in - 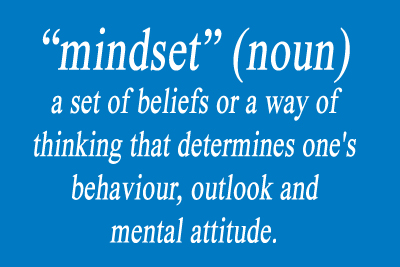 History of Good Looking Loser & Danger and Play
(... and other thoughts)

A little history here, for those who care.

Perhaps there is a lesson here for aspiring bloggers/entrepreneurs.

Mike was the first established, non-'pick up girls' blogger to recommend Good Looking Loser.
(his site is much bigger now, as is ours)

It really was a pleasant surprise.

At the time (Fall 2013), recommending Good Looking Loser was quietly extremely "controversial" due to the nature of our content - especially for bloggers who weren't anonymous.

No one had seen a self-improvement website that discussed Getting Laid (having sex with using your penis), drugs and male enhancement.

When others were writing me emails telling me I have to check out their site, let them guest post or spamming the forum, offering neither a 'thank you' or anything in return - Mike recommended us to his readers, knowing full well that not everyone would like my formerly sloppy website or douchebag appearance.

That's why his recommendation meant even more.

If you are trying to get on the radar, a great way to get noticed is to send traffic elsewhere without demanding (or expecting) something in return.

Your readers probably already know about the popular sites - you can't hide this by not linking to them.

There is no such thing as "losing" readers if your content is good.

If you want people to link to your site, especially in the early stages, you better link to them.

Is It Fair to Judge a Man Based on His Girlfriend?

This subtopic is both totally unnecessary and out-of-bounds for a "book review" (haha) but I think it is worth sharing my opinion - even though there's no 'not weird' way to do it.

Mike's girlfriend is in her early-mid 20's.

Mike's girlfriend is very pretty, intelligent, emotionally healthy, extroverted and popular.
(meaning: she's not a weird loner girl with no friends who seeks a White master to manage her life and thoughts)

[not hitting on her]

Although not a social media princess, she's the type of girl who will have 40 or 50 people 'like' if she posts a photo of an egg roll or piece of furniture.

Their relationship speaks volumes about Mike (age 38) and how he ACTUALLY feels about himself.

A lot of guys are familiar with the idea/truth that if they take care of themselves (physically, emotionally, financially) and not get married - that they'll be able to get more girls in their 30's than in their 20's.

Yet, despite "knowing" this, hardly anyone I know actually follows through.

Most guys in their 30's are either dating girls their age (or just slightly below) or tied the knot a long time ago.
(this is totally fine if you've had your fun, but most guys haven't and simply think hot younger girls are out of their league)

The single 30-something year old guys I know are always whining about how they hate how "stupid", "bitchy", "immature" younger girls are.

While this can be true, the overwhelming fact of the matter is -

It's not even up for discussion.

Most guys in their 30's are simply too out of shape and too out of touch to have any chance with attractive girls who are in their 20's.

Would I think differently of Mike if his girlfriend had short hair, was 323 lbs., barked out commands (in her native tongue) at him and wasn't FULLY supportive of his dreams and beliefs?

Would I think differently of Mike if his girlfriend was average-looking?

I would think completely differently of him.

At least in his capacity to give self-improvement advice.

And So would you.

Maybe it's not fair to judge a man by his girlfriend (relationships certainly shouldn't be based entirely on physical appearance), but you are correct to assume that a man's (and woman's) significant other is at least partly a reflection of how they feel truly about themselves.

You are getting life and mindset advice from a guy who is financially independent, legitimately has high self-esteem (and as relates to women: what we dub 'Sense of Entitlement') and does and says whatever he wants.
(can you tell?)

He actually believes everything he says.

That is why I have listened to every single Danger & Play podcast. 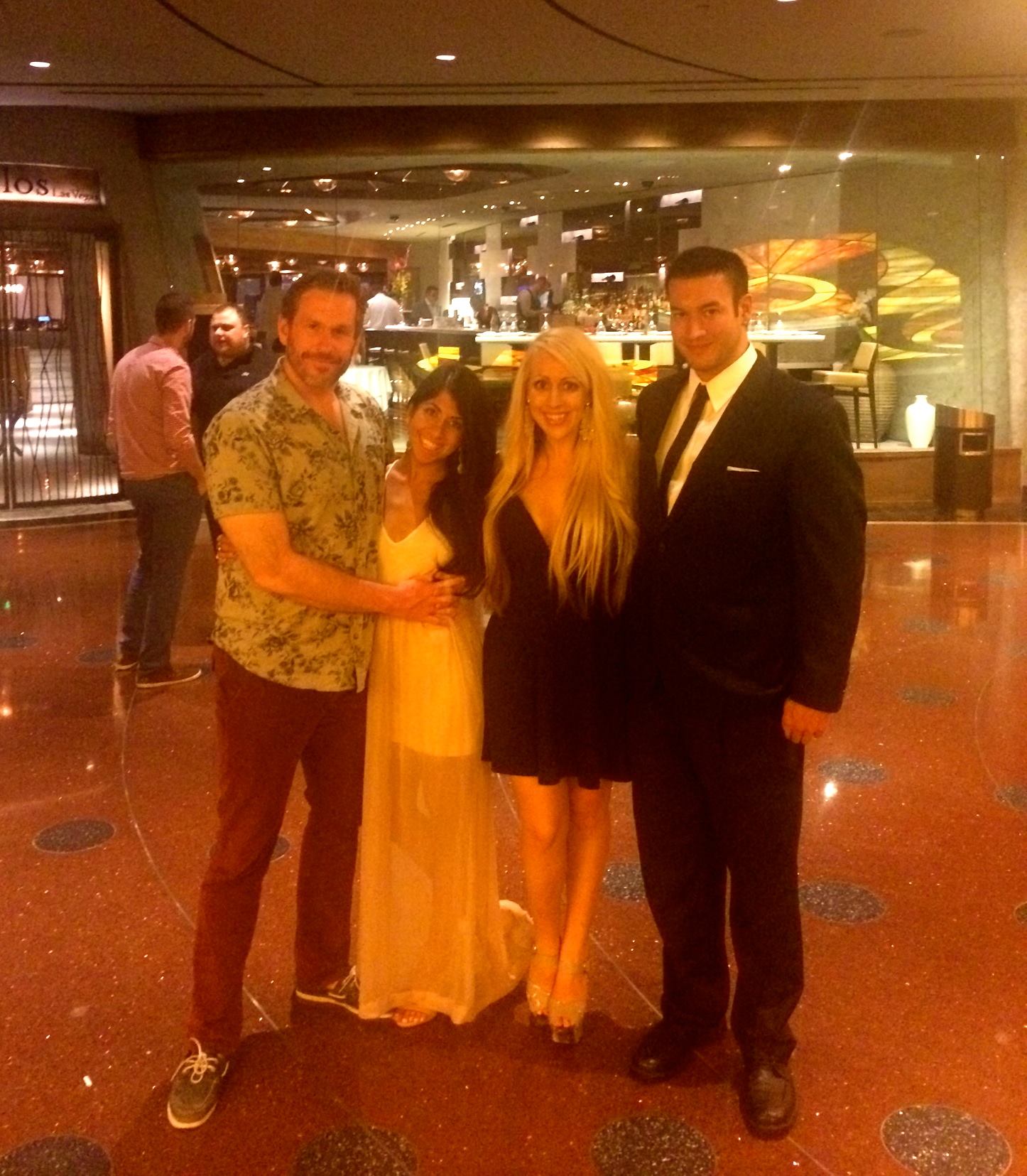 Check out the book, it's fantastic and he's worked awful hard on it, especially if you know that you have trouble embracing our 'DO WHAT YOU WANT' way of life or simply know that you care too much of what others think of you and you are sick of "caring" getting in your way.

Both are major barriers to living out your dreams and worth spending as long as necessary to cross.

With some practice, both are ultimately a choice.

Tags:
Danger & Play Gorilla Mindset Mike Cernovich mindset recommendations
How to Get Rid of Anxiety Without Doing Drugs (Par...
Getting Laid (How It Should Actually Fit Into Your...

The Only 'Alpha Male' Rule - Do What You Want 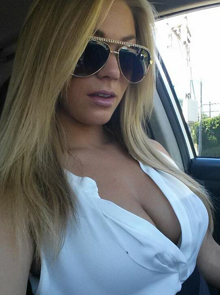