Good Looking Loser is a free HARDCORE, NO BULLSHIT self-improvement website and company.

The suggested advice comes from over a decade of personal experience.

Nothing on this site comes from theory that has not been tested.

The Good Looking Loser community is for people who want to proactively design their life, stretch their comfort and live up their potential. Discussions and focuses include dating the hottest/coolest girls, being in great physical shape, maximizing your strengths, improving your weaknesses, beating anxiety, managing their time and having a big dick.

We REALLY push things here, extreme behavior- this site is NOT for guys that are content with being average submissive males.

I posted this video because I want to show you guys that I actually was a Good Looking Loser. Super nice guy. Super non-aggressive. I had no game. Super average dating/sex life at the time. I definitely wasn't the guy that you see today.

It wasn't staged - I was pretty much exactly how they showed me. I want you guys to see that.

I wasn't as bad as the other guy though. 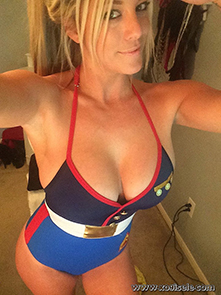