In Part I, II and III we took a look at-

So there it is.

Those are the martial arts that are bullshit, and those that are not.

If I had to give you my top choices on what martial arts to learn if you actually wanted to fight, they would be Muay Thai and Brazilian Jiu Jitsu. 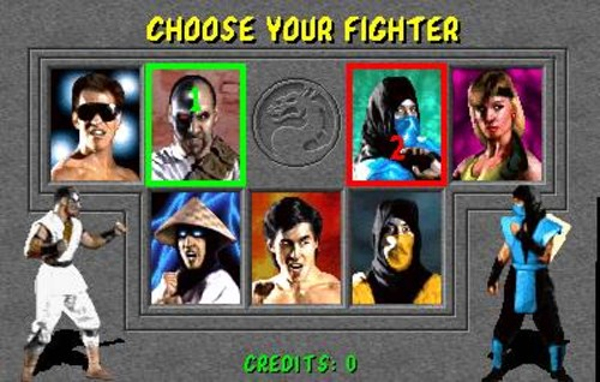 Before I leave you, I’m going to share a couple things that I’ve learned from first-hand experience-

Most guys don't have the balls to attack someone by themselves.

If a guy is trying to attack you, he most likely has backup, or for some other reason thinks he's gonna win. (He's bigger, has a weapon, has experience, etc.

Hit first and keep on hitting.

Once you legitimately think there's going to be a fight and there's no way out of it, hit first and hit hard.

The guy who hits first is gonna win the fight 90% of the time.

An eye strike is a good opening move if someone is getting in your face.

Put your hands up in front of your face with your fingers extended like you're saying "No, no. I don't want to fight."

Then with both hands jab your fingers straight into their eyes.

When they reflexively throw their head back and close their eyes, follow it up with a barrage of punches to the face. Don't stop after one punch thinking it's gonna finish them off. Keep on punching, keeping a forward momentum pushing them backwards.

Remember, if you can't get out of the fight, get into the fight.

Beat them until they scream or until they no longer can, whichever comes first.

Work out to get bigger and stronger.

All things being equal, the bigger and stronger guy has the advantage in a fight.

He also has the intimidation factor.

Don't ever try to fight a guy with a knife.

At the beginning of this post, I mentioned that I’ve witnessed multiple stabbings and have been assaulted with a knife myself.

Run as fast and as far as you can. I don’t care what anyone else tells you. If you have the option, run.

My experience happened when I was about 16. I already had my black belt in Tae Kwon Do at this time, and I was a high school wrestler.

One day, I was cornered by three people who mistook me for a guy who had attacked a friend of theirs.

When they approached me, I didn’t think anything was wrong at first, it just looked like three people who were trying to hit me up to ask for the time or something. After they started talking though I realized what their objective was, and by that time it was too late I had a wall behind me and these three people in front of me. At first I thought I could talk myself out of it and tell them they had the wrong guy.

Then the one in the center pulled a medium sized knife out of his pocket and opened it, exposing the blade. I'm pretty sure they were just trying to scare me and they weren't actually going to attack me, but it was still terrifying at the time. The guy with the knife stepped towards me within stabbing distance. I gave him a solid kick to the stomach that knocked him back about four feet, then dodged between the other two people and ran. Keep as far way from knives as you possibly can.

Don’t try to be Jason Bourne.

What If I Don't Have the Time/Desire to Style an Entire Style but I'm Still Interested?

It's takes a significant amount of desire and time to master an art.

Ideally, it should be your number 1 goal AND number 1 priority.

If you don't feel like actually studying a martial art, and just want some tips and effective moves that actually work, here's a short list-
Some of them (especially the throws) you really need to practice if you want to learn to do them properly, but they are well worth the effort.

If you learn those few things, you'll be much better off in a fight.

There you have it.

A list of legit (and not so legit) martial arts.

I know some of you will disagree.

I know some of you will whine and say that your master is the best. That's okay, you can leave a comment about it if you want. Just be respectful.

Before I end, I should say though, that there is a time to fight, and a time not to fight.

If you are legitimately protecting yourself or someone else, sometimes violence is called for. However if a drunk guy is getting in your face, you don’t always have to throw down right there. Don’t let your ego get in the way. Let’s be honest, when most guys fight, it’s about protecting their ego.

It's very rare for a true self defense situation to arise that a person can't talk their way out of by apologizing or leaving the area. It's just that nobody wants to be the one to back down.

Remember, there are other ways to protect your ego without fighting.

If a guy is really getting in your face, something that I’ve done before is to yell to everyone in the bar-

“This guy’s really drunk and says he 'Hate’s fucking faggots.' And wants to ‘Beat my faggot ass.’ because he thinks I’m gay.

"I don’t know if that’s the kind of guy you want in your bar, but can someone get this asshole out of here???”

He got thrown out a few seconds later and I protected my ego by making the guy look like an asshole without having to fight.

So remember, there are other ways to defend yourself rather than getting in a fight.

If you guys have any questions or comments, I’d be happy to receive them.

I’ll probably do another post where I talk about actual fighting and self defense techniques that really work.

I’ll leave you now with one of the coolest fight’s I’ve seen on camera. This security guard knows how to throw down. Notice the cover-up block the security guard uses against the first punch. Solid defense.

*Suk Mai Wang is not a real martial art.

A Fighter's Psychological War with His Mind - Pre-Fight Anxiety (Lubomyr) 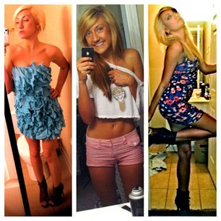