What Do Women Want? They Have No Idea (Sexually Unavailable for Unexplained Reasons)

... don't even know why they are/aren't sometimes.

We just discussed "sexual availability" in a recent post, "She's Probably Already Fucked a Guy Uglier than You," to explain why a seemingly less attractive guy can sleep with a girl that a more attractive guy didn't score with.

In both cases, it's important to remember- both guys met or exceeded the 'looks threshold'.

One night/period of time the girl was available, the other time she wasn't. The guy that Gets Laid is the guy who is in the right place at the right time. 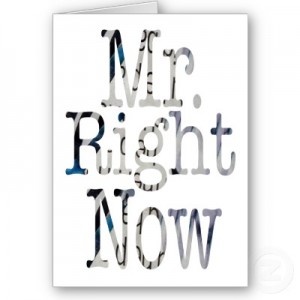 It's up to you to be that guy, if your goal is to Get Laid.

While there's a degree of "luck" to it, it's not luck when you know how to make your own luck.

Not even to the women. Even the emotionally stable ones.

Many of whom later "regret" their behavior and admit they can't trust their emotions.

If you grew up in the 90's, you'll remember this absolutely horrifying Television show where nothing seemed to happen.

Here are very recent examples of 2 single girls that are seemingly looking to meet guys but randomly become unavailable, leaving all parties confused, including themselves.
(it helps to live with hot girls ~8+ months out of the year) 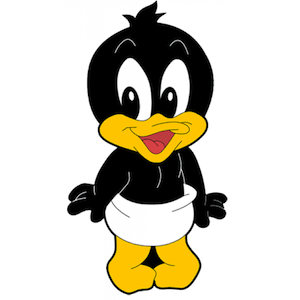 Just the other day, Chelsea and my roommate Adriana got back from Trader Joe's (it's a grocery store). Chelsea is really cute, totally single and is basically encouraged by all of us to go "get some," because it's been a while for her. While at the store, according to Adriana, a really good looking guy was talking to them. Adriana, playing matchmaker like always, told the guy straight out "I'm taken, you are totally my friend's type... talk to her." Turns out, Chelsea and this random guy had a lot in common- they are both trying to make it in Hollywood, both from Texas and they even lived near off Melrose Ave. they even had a common friend from the gym that the guy works at. The conversation went really well. But when the guy asked Chelsea for her number, she apparently said "No, I can't do that..."

On the way home and leading into the living room when the girls got home, the discussion continued and Adriana couldn't figure out why in the world Chelsea turned this guy down. It didn't make sense to any of us. They were attracted to each other, had way more in common than the average strangers and lived nearby each other as well. At the very least, the two probably should have met up and had coffee.

Adriana refused to accept this explanation and the two of them got in a fight and Chelsea locked herself in her room. Later, the two girls made up and Chelsea said that she "didn't know why she didn't exchange numbers," and that she was "dumb sometimes."

Ironically, Adriana has given the same excuse "I didn't plan to give out my number," when she's met a guy that she liked and couldn't explain why that "happened."

The second example is even more ridiculous. A group of 7 of us went to dinner on Friday night. Two of the girls developed a crush on our server, a good-looking guy that looked like Matt Mcconaughey in his younger days. For whatever reason, even though both girls were single, it was decided that it was Allison that was going to get his number. The two flirted back and forth the entire time. When we were set to leave, the server put his number and a message on a napkin for Alli.

Nice meeting you, Im in trouble for flirting w/ you :) so I can't let boss see me trade numbers.
so here is mine, text me- 776-xxx-xxx and ill call you later
-xo Ryan

Pretty smooth, he's telling her exactly what to do and he'll handle it. (maybe he reads this blog)

On the way out of the place we actually pass by Ryan, we all say "nice meeting you, thank you..." as we head out the door.

Not Alli though. For some reason she isn't speaking to him anymore.

None of us knew why; we actually were going to invite him to meet up with us later that night since he seemed like a cool guy. But Alli wasn't interested anymore; she had crumbled up the napkin with his info and tossed it in the trash. Everyone began asking her why she got all cold toward the server and why she threw his number in the trash.

This was her explanation (I'm slightly paraphrasing)-

"Who does that? Like who gives their number on a napkin and tells someone to call them or something. That's just weird. I'm not taking his number... but I don't know, maybe I shouldn't have done that."

35 minutes later, we arrive at a party and Allison is in the process of calling a taxi, because as she explains, "she's [now] willing to go back to the restaurant and dig through the trash" since she apparently liked Ryan so much and realized that she shouldn't have been an "idiot" and tossed his number.

Claire, sitting right here, says the rest of the story went like this-

"We got back to "[Il] Pastaio" and Alli, who's drunk, runs to the trash can and begins digging through it. She literally takes all the trash out of it but still can't find his number. We then went into the restaurant and I had her wash her hands and put herself back together and stop crying. After about 10 minutes, she settles down and gets a phone call from [another girl]. While she is talking to the [other girl], I walk into the restaurant and find Ryan. He is happy to see me and gives me his number to give Allison. He also says, "I hope I see her again." and he evens ask if "she would go for him" because "he didn't think he was good looking enough to get a girl like her..."♦

Then I went back into the bathroom to tell Alli the good news. She was happy and we leave. The rest of the night Alli is on cloud 9 and even telling everyone that she met a "special guy" at dinner. Later that night, she deletes his number from her and my cell phone and explains "he probably thinks I'm a freak since I somehow lost his number and you had to ask again."

Later that week, Alli was texting Claire to see if she somehow still had Ryan's number and that she was "so dumb" for losing (aka getting rid of it) it 2 times."

To our knowledge- they never spoke again and never will.

♦ To the pick up artist world, this type of "beta" behavior/language might seem like it would "kill attraction." It doesn't. Not if you are better looking than the girl is. When you are better looking and/or cooler than the girl is- you can say whatever you want. Alli already liked him, if anything- it makes him seem like a more down-to-earth guy since he is so good looking. Even to Claire, the hottest girl in the group, hearing this made Ryan seem really humble and hotter.

Since you don't know Allison you might think that she IS A FREAK and a psychopath based on her behavior. I don't blame you and actually I suggest that you hold that assumption, since after all- you can absolutely go by first impressions, they are correct 99% of the time when trying to make sense of human behavior. I can tell you, based on my experience of knowing Alli for 4 years and sleeping with her for about 3 months in 2010, she is one of the most drama-free girls I've met in Los Angeles to this day. Alli would fall into the 1% of girls that isn't a depressed oddball, despite the incident.

We don't know how Ryan "interpreted" the situation, but something tells me that he felt like he "wasn't good looking enough," based on his interaction with Claire and somewhat based on how he interacted with our group.

Women Know they Are Psychos and Don't Trust Themselves 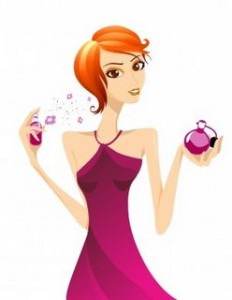 Most women, for at least 7 days during every month during PMS and their period turn into really emotional beings. Even emotionally stable ones.

The big difference is- the emotionally stable ones take better control of their mind and have more respect for the people that are around them. They also know that they can't trust how they feel about certain issues (especially men) and refrain from making any rash decisions until the feelings pass. Many of them bury themselves in work or lock themselves in their rooms during the worst parts of it.

If you are a steroid user, during the first 2 weeks of post-cycle therapy, especially if you use Clomid - you can relate. Or if you, like me this past month, tkae way too much of an anti-estrogen compound end up on the floor a depressed, painful mess for a week.

The less emotionally-healthy chicks freak out, swear they know what they want, get into fights with their friends/more-than-friends and sometimes want to take it all back after the week is over. They repeat the same exact process every month, it seems. Sometimes a post-Mortem explanation "i'm sorry.. it was my time of the month..." is offered, but usually not.

When emotions/mood are affected, so too is the decision-making process. Women, not boldly decisive creatures to begin with, are left in a thorough state of confusion and indecision since their emotions are constantly changing but always seem real. Most literally have no idea what they want for the first 20-25 years of their lives. They use society's blueprint to guide them to success or a mid-life (usually age 27, oh-my-God-I-should-be-married-already) crisis.

To see that Chelsea and Alli "rejected" and regretted "rejecting" guys that they should be getting fucked by right now is not entirely surprising. It happens all the time.

Sometimes I see it happening right before my eye and I literally tell the girl, "No, you are putting your number in my phone. You like me." "Don't fight it. Don't fight it." It works out more than you might think, especially on the girls that are shy and/or that only "kinda" like me.

This type of erratic behavior and fleeting emotions can also occur outside of the PMS-bleeding pussy window, simply because women have a more emotional response to stimuli than men do. There's an infinite amount of external stimuli that can affect these emotions.

They usually have no idea what triggers it. Only a small percentage do in hindsight. Whatever the case may be, we aren't dealing with logical creatures here. Not always.

The main point is- since women rarely know and can rarely explain why they are feeling a certain way, it SURE AS HELL is not your job to guess, analyze or play therapist. You'll end up in the crazy house.

Unfortunately/Fortunately, there isn't a database in Washington that has a record of "why you got rejected"; you'll never know what the real reason is.

I can guarantee you though- if you can somehow make yourself 'above-average' looking, you won't be getting rejected for that, not too often anyway. There will largely only be available and not available girls; or at least you will convince yourself. You find out by touching them early and often and seeing if they play along or don't leave.