This one was the first good one I got on camera this summer.

It's shot by a lighter that has a discrete camera in the bottom of it.
(not an affiliate link)

I don't actually recommend this camera, it's quite frustrating to use and I've lost a lot of footage. It's not hands-free and  have to be conscious of where it's pointed, which adds a significant amount of difficulty to the whole operation.

With that said, if I can get a girl seated- it can get some decent footage.

I'm not going to 'analyze' the video too much, I'll leave that to you, if that is something you like to do.

I'm just give you some thoughts.
(the thumbnail and picture below are references to Oklahoma, some will know this)

(in no particular order)

I did about 25 approaches (the day before and some on this day) before this interaction. The vast majority were 'go-nowhere' with friendly girls that couldn't walk to my car for one reason or another. The majority of footage is terrible as I just getting used to this camera.
(I'll put together a 'rejection/screen out' footage sometime)

This interaction moves pretty fast, getting eye contact and a mutual smile from this girl played a role in how fast I was able to move.

What that means is- I knew she was interested in me (on some level) from returning a smile after we made eye contact (screening).

I moved quickly with this girl (and knew I could) by what happen prior to the interaction.

I kept the small talk short, the commonality of Shannon Miller was random but very significant.

She's on the fence about it so I say "real quick" and grab her hand and start walking to the car. She doesn't resist.

The idea is to HANDLE EVERYTHING, especially with young girls.

I'm not sure if the video shows when I grab her grocery bag and put it in the backseat of the car, right before I get her seated in the front passenger seat.

Once I got her in the car, I knew it probably wasn't going too far (just instinct and what she told me), we are in the middle of the "organic grocery store's" parking lot in board daylight and she had to head to work. I was mainly concerned about getting some decent video and feeling on her legs/crotch. Which I did.

Had it had potential to go further, I would have put her in the back of the car. Like I do in this video.

I'm feeling her legs for the majority of the video, the camera sometimes shows this.

I tell her to close her eyes and massage her crotch.
(I do a lot of this "close your eyes" stuff)

This is a technique that I use, often when driving a girl back to my place and usually with this song on.

The she was actually interested in me and yes- I saw her again.

That's all I can think of, if you have any questions, ask below-

Tags:
Approaching Women Infield Videos Picking Up Girls Pickup Videos screening
A Big Thank You to Everyone in the Good Looking Lo...
Your Hair vs. Anabolic Steroids (How to Stop Hair ...

steveny
This comment was minimized by the moderator on the site

Haha I like when she asks you if you know where the grove is, isn't that where you pick up chicks?

MIG
This comment was minimized by the moderator on the site

This is the vid i like the most of all gll approach vids.
I know that to be smooth should not be the goal...but this was
what i would call Tender/Aggressivness...it was like balancing on a rope confidently
from the beginning to the end,...

This is the vid i like the most of all gll approach vids.
I know that to be smooth should not be the goal...but this was
what i would call Tender/Aggressivness...it was like balancing on a rope confidently
from the beginning to the end, smooth,cool, and aggressive. Also i like how you showed
honest interest in her and she felt your honesty and goodness despite you're looking like a thug.
ANother thing is your playfulness, she felt very comfortable around you and she was diggin you
or your'GAme'..she participated in the interaction and was playfully touching you after she felt
very comfortable around you. But what i like the most was the 'leading' part like..hey hey how are you..
she instantly stopped and i think because she felt the conviction and confidence in your tone. You took the
leading for the whole interaction and potrayed yourself as an authoritarian/CEO male and i personally think
that this is key if you want to have success with girls. Like take the lead and lead the girl with conviction
kinda thing. I'm pretty sure that if you say things with conviction you can tell a girl everything you want, even spit bullshit lines
at her. And the end man..the end was pure CLASS, like a real Man like ..c'mon i walk you to your car..damn man you made her day,
i honestly think that if she wouldn't have go to work you could lay her, she was diggin you pretty hard at the end..she took your arm.
And the song at the end was fuckin' awesome, i don't mean this 'bubble butt' song the song after that. The vibe was pretty awesome between the both of you..
i definitely learned a ton from this..i definitely have to work on my voice to sound more like an Authority and say things with Conviction.

MIG
This comment was minimized by the moderator on the site

I forgot to mention..as you mentioned in the description to this vid, please make a video of you rejections. It wouldn't discredit you, if anything it would help me or us gll guys more. I learned a ton from Scotty's get lost vid..and only then...

I forgot to mention..as you mentioned in the description to this vid, please make a video of you rejections. It wouldn't discredit you, if anything it would help me or us gll guys more. I learned a ton from Scotty's get lost vid..and only then really understood was validation was all about. Now i'm a more confident guy because of it.

Will do man. For sure

Rob
This comment was minimized by the moderator on the site

Dude your awesome! I hope one day i can get to your level..i have a loooong way to go but im definitly motivated and your site has alot of useful info i can use..Thanks Chris keep it up

Thank you Rob- I appreciate that very much!

for sure ill do that.

jake
This comment was minimized by the moderator on the site

yo chris, this was dope
the fact that shes (from what you said) a pretty hot chick, who probably has high social status (prom queen), and is probably used to getting hit on (or not, depending on if shes intimidating), yet you stay so chill and...

yo chris, this was dope
the fact that shes (from what you said) a pretty hot chick, who probably has high social status (prom queen), and is probably used to getting hit on (or not, depending on if shes intimidating), yet you stay so chill and not flustered by her status, moreso she was kinda submitting to u haha, she can tell if she left right then and there that you could go out and pull some other 8/9/10

was surprised she stayed in the car when u told her you were 30, thats gotta be kinda scary for an 18 year old haha but the edgy look def makes you look relatable (even to 18 year old hotties) nonetheless dude, props you were def in control without being an ass, which i find is hard to pull off

BEN
This comment was minimized by the moderator on the site

I dont think rejection video is necessary. The rejections normally happen even before any interaction begins. girls avoid your eye contact, walk away from you, run to her friends.... The screen game just make rejection happen fast

Ad
This comment was minimized by the moderator on the site

What's amazing about this is how unamazing it is. You're not doing anything special, no magic tricks, no bombardment of jokes. Salute sir. 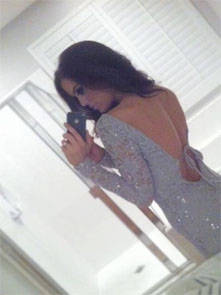