This video comes the day after I lost (incorrectly recorded- camera wasn't focused on the girl) some of the best footage ever of taking a girl to my car after she initially said "No."

I was so Goddamn angry, you have no idea.

It's not easy to shoot a video at night.

You can't have a camera with a huge light on it and the background noise can be a bitch. We enhanced (increased the volume) the voice of the girl, she's not quite as annoying as she sounds.
(if you see a video with perfect video and audio, it was probably shot by a professional camera crew and chances are- the girl notices/knows that there's a 5 or 6 person camera crew with huge equipment following her around. Just a hunch, maybe I'm wrong.)

To my knowledge, this is the only [nighttime] video that goes from start to finish on the internet. I'm not sure.

I'm SUPER HAPPY to get this footage, it's probably the best one I've done and the best example of how it's done, even though it's not the most entertaining and won't be the most popular because of that.

She was RIDICULOUSLY TAN, too bad the video doesn't show that. I take a picture with her in the video, but it's still hard to tell. Good looking girl, huge breasts. 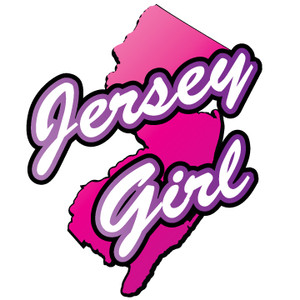 This is a decent example of how fast you can get busy with a girl at night who doesn't have several friends/social commitments.

I probably could have gotten out of their faster but I wanted her to finish the drink.

For those that thinking that I "got her drunk and took advantage of her," she got us the drinks, her drink was strong (her friend made it) and girls drink alcohol all the time to justify having sex.

This is not revolutionary.

Arguably, she got me buzzed in order to hook up with me. I won't argue that though.

This is a very basic dynamic-

That is all you are seeing.

The video might as well be silent because nothing that was said mattered.

It just happens quickly because I know what I'm doing and I already have a spot planned.

I don't prefer hooking up with girls in my car, it's not too comfortable.

Once we got to the car, I wanted to put her in the back and I told her, "You'll have to sit in the back, the front seat is broken."

Neither of these pretenses are/were necessary, I'm used to saying this stuff, I think it has some value but in no way did it "cause her to have sex with me".

When I turn the car on (mainly for music that I have ready to go and air conditioning) I quickly jump in the back of the car and immediately start kissing her and touching her. There's no resistance whatsoever. Sometimes in the dark, the girl doesn't know what's about to be inserted into her body, keep lube in your car if you are thick downstairs regardless.

When a girl leaves a bar with you, it's to have sex. You have a window to do it in (usually before she's sober), but it's almost a guarantee if you get her out of the place.

We talk about 'the [DTF] window' in the article on Killer Instinct.

There's not much remaining footage the camera cut off at about 42 minutes and since the camera was on my vest- it is on the floor of the car after I take my clothes off.

Although this video doesn't have the best quality and isn't the most entertaining, it probably the best example of EXACTLY what it looks like for just about every guy that knows what he's doing with women. It usually doesn't happen in 20-30 minutes, but it's the same principle over about 2-4 hours with more small talk and kissing in the bar.

Like the other videos, key to moving fast is HANDLING EVERYTHING.

This is the cologne she comments on 2 times.

Most of you guys have already heard me talk about it.

That's all I got, if you have any questions, hit me up below-

2nd Take-A-Way From the First 3 Pick Up Videos: "Not Entirely Smooth Loser"

Wilson
This comment was minimized by the moderator on the site

I stumbled over one of your videos on youtube (size genetics review) and I've been watching all of them. No joke your seriously the fuckin man.
I don't know how often you check comments but I hope you do.
I could really use some advice because I...

I stumbled over one of your videos on youtube (size genetics review) and I've been watching all of them. No joke your seriously the fuckin man.
I don't know how often you check comments but I hope you do.
I could really use some advice because I can pretty much relate to a majority of the facts/issues you discussed in your about me section of the site. Except I'm 19 years old. I'm in college, can't talk to/get girls for shit even when they show interest, i'm pretty fuckin insecure (mainly because I'm not well-endowed) and just a lot of other shit man. Im always negative and went from a kid who would smile every day as a little kid, to a guy who will smile rarely. Don't want to make this a sob story of my life but just tryin to get the point across that as a college guy who should be enjoying life, is having the shittiest time of his life.
I really wanted to send you a private message but there isn't one that I could find, so I'm posting this on your most recent video. I really hope you reply and/or give me some advice man. could really use it. thanks and keep doing what your doing because its inspiring.

HEy man.. thank you very much, glad to have you here. Please join the the forum for specific advice, and as far as advice-- definitely have a look around the blog.

have a look here specifically
http://www.goodlookingloser.com/?cat=68

Thanks Chris, appreciate your content as always.
I go college now and started implementing the screening game, it gets me extremly good results so far. I have a very masculine personality hate to see guys dancing like a monkey to get girls, it...

Thanks Chris, appreciate your content as always.
I go college now and started implementing the screening game, it gets me extremly good results so far. I have a very masculine personality hate to see guys dancing like a monkey to get girls, it looks pathetic. In college game though I don't screen right away because I don't want the girls to get the impression I'm creepy and stuff. I do screening(aka touching hands, body etc..) when I get her on a date in private and not the first time I meet her. Although it works alot, with some girls it just waists time because thy're not DTF anyway. Well my question is would you do do screening right away in college when you meet girls that is in you class?

nada
This comment was minimized by the moderator on the site

maybe you can leave some links for spycams to but, to get motivated to go out and record videos lol

caseyryback
This comment was minimized by the moderator on the site

Your youtube got terminated? Damn I just watched it a second ago. Love your videos. Hope you'll be back online soon. Fuck these cunts.

yeah man-- looks like it just got terminated. such bullshit, 150+ videos

caseyryback
This comment was minimized by the moderator on the site

Probably didn't fit their blue-pill feminist agenda or some butthurt crybabies complained about your deeply misogynist content ...damn it's a shame what this world has come to. Anyway...you iz da man!

ftb
This comment was minimized by the moderator on the site

Hey Chris I got a video-related question.

It may sound kinda stupid, but I was just wondering- from the 6min mark once you guys sat down, you grab her hand and start touching her, but from that point onward it really seemed like she was just...

Hey Chris I got a video-related question.

It may sound kinda stupid, but I was just wondering- from the 6min mark once you guys sat down, you grab her hand and start touching her, but from that point onward it really seemed like she was just fighting it and trying to get her hand back (inspite a dialogue in which she was showing interest). So I was just wondering was it an anlge-of-shot thing or was she really trying to take her hand back the whole time?

Hey, those two videos are not working... I'd definitely like to see how you work

NM... saw you lost your acct 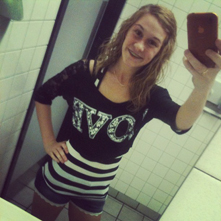