Dec 18 Posted by Good Looking Loser in Picking Up Women

You Have Our Permission

One of the biggest issues I've seen with the "average" [non-community] guy is that he hasn't given himself permission to get pussy.

Maybe his looks are above-average, maybe his style is above-average and maybe he's actually pretty confident past the first 30 seconds, but the second he puts himself in a situation where there's chicks around- all that goes out the window.

He's waiting for something.

Maybe an IOI, maybe some sort of green light, maybe even a sign from God, "Claim that pussy!!"

Here's the deal- give yourself permission to hit on girls.

You have my permission.

Otherwise someone else will.

There's very few situations where it will be completely "normal" to hit on a girl.

THAT'S WHAT WE DO.

WE BARGE IN AND RUN SHIT.
(years ago it actually really helped me to hear that)

Sometimes it works (and it turns out she was DTF).

Sometimes it doesn't (and turns out she was not DTF).

THAT'S HOW THIS WORKS.

YOU BARGE IN AND SELFISHLY INTERRUPT EVERYTHING.

Video: Give Yourself Permission to Approach Women (Claim the Pussy!!!!)

Here's some examples from recent memory, there's probably more, notice that none of it is "normal" behavior.

9 examples (some were from the videos) off the top of my head.

WE BARGED RIGHT-THE-FUCK IN and DID OUR THING.

In ALL 9 cases, we either took the girl's number or took her somewhere else.

None of it is "normal" behavior.

Remember, "normal" behavior is to stare at the ground in front of you and not look up or think of acknowledging the high-quality pussy that is on its way to more important things.

Whether you know it or not, just trust me on this-

Most girls live pretty boring lives. So boring that the majority of them need to create drama just to feel significant and alive. When there's no drama to create, they'll go watch reality TV to find some. If nothing else, if you FULL ON approach and hit on a girl during the day, it will be the most interesting thing that has happened to her in a long time.

Give yourself permission, ENGAGE THAT PUSSY!!!!

Despite the popular notion in some PUA circles that "Hot girls get approached EVERYWHERE, 10-15 times a day, they are sick of it so you have to really make a HUGE impact," it doesn't actually happen. I hardly ever see guys talking to girls they don't know. I certainly don't see them confidently walk up and start an interaction.

Community guys that actually approach women make up less than .0001% of the population and "normal" guys hardly ever hit on girls during the day. Even at night, a lot of guys need 2+ drinks to even speak.

At most, hot girls hear guys yelling at them from a distance or see some guy making small talk with them in a safe situation (cashier to customer), but no phone numbers are exchanged and it's fairly awkward. In most cities, it is RARE for a guy to do a FULL ON approach and even more RARE for a guy to touch them during the day.

Trust me, the stuff that we do is RARE.

Some of us, including myself, are in so deep that we forget how it takes a lot of BALLS to do what we do and it's not for the average guy. Give yourself some credit for that. Even if you've just hit on a handful of girls in your life, while sober, it's more than the average guy is doing.

But you aren't here to be average, so don't be.

Give yourself permission, CLAIM THAT PUSSY!!!!

If you want to run aggressive "game" and productively and efficiently get girls IN or OUT, you have to give yourself permission. That's the only way to play this 'numbers game' and put together a vibrant sex life, not limited to your 1 or 2 social circles.

You'll hardly ever have a GREEN light, but you just gotta dart through the intersection and do what you gotta do.

Half the time you won't even make eye-contact with the girl, just get her attention and do your thing.

Half the time she'll be typing drama / meaning talk on her cell phone, just do your thing.

Half the time she'll be in a below average mood, which has nothing to do with you, just do your thing.

Half the time you won't even look your best, just do your thing.

Half the time you won't be in a great mood, just do your thing.

Half the time you might be thinking about another chick(s), just do your thing.

Half the time you won't be entirely sure if the girl is hot enough, just do your thing. 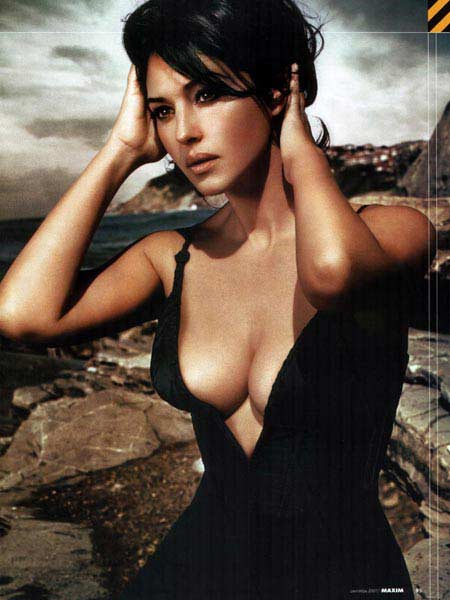 Just do your thing, if you've set out to hit on some girls- just pretend you are talking to a wall if you aren't in an engaging mood or if you are in a low state. It's better than being a pussy. If you made the plan of talking to a few girls, just accomplish that. Who knows, you might find some pussy that is ready and willing.

There's been days when I've been in the worst mood, but I just wanted to get out of the house so I went to go see what I could find. Sure enough, sometimes (admittedly- minority of times), I'd meet a girl that brightened my day.

One time I met a girl at Ralph's (grocery store in LA) that was in an even worse mood than I (she was cool, just in a bad mood like I was). We had a "fuck the world" dialogue going on and 50 minutes later she was back at my place and I was slamming my hung fattie way further back in her than she might otherwise have wanted. "The pain felt better than the issue with her best friend," or something like that.

It's easy to hit on girls when you have a buzzed and loving life. It's not as easy when you feel below average. You could sit at home and be mad or maybe you could do something that don't feel you'd enjoy. Use that time to reach down, hit on a couple of girls, regardless of what happens you'll probably be proud of yourself, who knows, you might want to do more. You never know...

Either way, in whatever state [of mind] or scenario you find yourself in. No one is going to give you permission to talk to girls. The good news is- NO ONE HAS TO. You just have to give yourself permission.

BARGE IN. CLAIM THAT PUSSY.