May 18 Posted by Good Looking Loser in Get Laid Online

The Difference of 1 Full Dedicated Year

So you just heard about Rooster's experience in 2012 and his commitment to his goal.

Notice I said GOAL and not goals.

The only guys that should consider having 2 major goals are guys that don't have to go to school or work. Rooster didn't have work on the farm so he had plenty of time.

Rather than "balancing" his time over 2-3 goals- 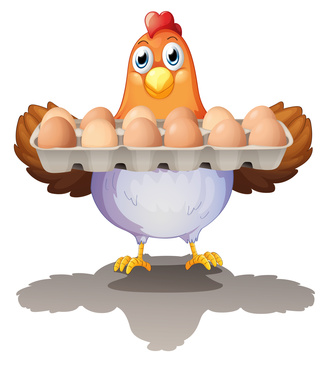 He just prioritized 1 Goal- Getting Chicks from the Internet in Bed.

When I moved to LA, I spent a good 15 months doing nothing but talking to women, even for the next 12 months I had a VERY PART-TIME job hat I created for myself (in-house personal trainer). It was the second half (and beyond) that really reaped the benefits.

Rooster's transformation is no accident and surely no secret. Hard work.

The progress may seem slow but the next time you know- you have 3 or 4 girls in your bed in a 7 day span.

No Strings Attached Rooster (Relationship at an End)

EXPERIENCED ROOSTER
If the connection and the relationship feels like it’s dying out, I’ll end it. Most women I see as a fuckbuddy or open relationship rarely 100% ends. It’s just we stop seeing each other for the time being and we continue to be on good terms.

INEXPERIENCED ROOSTER
Didn’t know when I would get laid next. Being in a relationship for months I felt I lost all of my “game” and will have difficulty by spending a lot energy and time to get laid/girlfriend again.

EXPERIENCED ROOSTER
I’m usually fucking at least 2 different girls on rotation while having other contacts of old fuckbuddies I can call to come over whenever. If a good relationship were to end for whatever reason, having other girls to fuck at your disposal does help a lot.

INEXPERIENCED ROOSTER
I took what I could get back then, regretfully. It was rare for a girl to make big advances on me, so I took advantage of it when I did.

EXPERIENCED ROOSTER
I don’t promise monogamy to anyone, so it’s impossible to cheat. The girls I date know I fuck other women on the side if I want to, as they can fuck other guys if they want to.

This is actually quite rare, in my experience most girls just want to be fucking one guy at a time – even though I’ll even encourage them to go have fun with others. 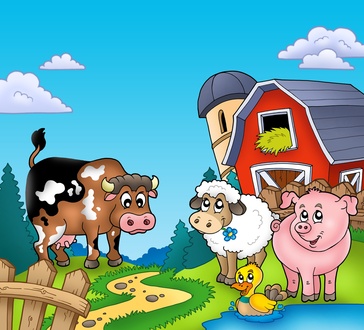 INEXPERIENCED ROOSTER
Often entered relationships fast with nearly any hot chick who agrees. I wouldn’t really know what these girls are truly like and I was already dating them.

EXPERIENCED ROOSTER
Personally, my best relationships have been open ones. There has been no/very little drama and no rules (other than both of us always using protection with others.) If I were to just think about entering into any sort of relationship with a girl, it will be after at least 6 months of her as a fuckbuddy.
I’m not saying you have to have open relationships if they’re not for you, in my experience the things I learned from this transformation increased my general happiness a lot.

INEXPERIENCED ROOSTER
I knew in my old social circle that if I were to be even seen with a girl that wasn’t an 8 or above, I wouldn’t hear the end of it. The funny thing is – since we all were like this, none of us got laid often. That made fucking/dating an 8 or above even more rare..

EXPERIENCED ROOSTER
After fucking a lot of women and gaining experience in all areas, I slowly started to not care. My own life’s happiness and how I like to do things outweighed the opinion of others.

Funny enough – once I gained that social freedom with experience, I started getting the 8s and above much easier and often.

INEXPERIENCED ROOSTER
Even within the social circle I sometimes had troubles. I had a bit of ED, I knew if I were to fuck a girl in my social circle but have trouble getting it up – everyone will find out. With much lower sexual (and social) freedom I cared a lot about what people think of me back then.

On top of that– after having long dry spells I became a little “rusty” in bed.

EXPERIENCED ROOSTER
After fucking a lot of women, I basically stopped caring much about what my friends’ think. My ED was sexual anxiety; the experience gave me the confidence to overcome it. Never going more than 10 days without sex for a couple years straight – also helps how well I fuck.

Putting aside all other goals of mine for 1 year to focus on easily and efficiently getting laid drastically changed my life. I had made it my  #1 goal and #1 priority. My sex life was my #1 priority over everything else. If I decided to do all of this while trying to get a promotion at work, cut 30lb, or anything else I likely wouldn’t have accomplished jack shit.

Judge your time management skills on how much progress you can make on your goal, not how many things you can do (half-ass).

Choose your goals, and INVEST your time.