May 05 Posted by Good Looking Loser in Get Laid In fact, it's completely ridiculous, but I know that from doing this "stuff" for years.

I've picked up hundreds different girls. As off April 2012, I've taken home 114 girls solely from cold approach since I started this shit. 102 of the girls I got from taking a fairly aggressive approach (the remaining [first] 12 were from a Mr. Funny Man approach in early 2009). Some of the girls were experienced, some were less experienced and some were virgins.

If that isn't evidence that an aggressive approach doesn't just work on sluts (aka sexually active and sexually experienced girls) I don't know what is.

Now, 13 [virgins] out of 114 girls in total, is certainly not a majority. At the same time, if I were to talk to 10 girls (age 19-29) at ANY location in the United States, I'd be shocked if more than 1 out of 10 of them were virgins. So the 10% figure actually seem to possibly line up with real world. Furthermore, if you figure that at least 60 of the 114 cold approach lays came from the Hollywood club scene, than the ~10% virgin rate is actually pretty high. Furthermore too, only 13 of the girls I knew with 100% certainty were virgins- a few girls in the remaining 101 might have been. I have trouble fitting my dick in 99% of virgins. About 1 in 4 girls of the 114 total girls, I had trouble at least some issue with being too thick for their pussy on the first try.

How On Earth Do Virgins Like You/Respect Your Aggressive Approach?

Most you guys don't need too much explanation on this.

In short,  women are attracted to the same type of characteristics even though their personal "tastes" and experience levels vary,. Masculinity, in the form of confidence is probably the top one. Looks, style, height, sense of humor, sexual vibe and natural personality chemistry are also on the list and are somewhat interrelated part of masculinity. I've done this stuff for a while and while it took a while- I exhibit those traits. A lot of these traits are communicated through an aggressive approach. Emotional healthy women are attracted to that, the sexually available women respond particularly well regardless of how many partners they have had previously.

Next, consider this (I learned this from experience, handling shy girls)- I take a 100% leadership role in the entire interaction. I lead, the girl follows or gets lost. That's how it goes every time. By taking a 100% leadership role, I can move quickly and not actively raise certain decisions or questions that will set off a girl's "anti-slut defense". I never verbally or non-verbally propose the question, "I just met you, 25 minutes ago I was a complete stranger, you barely know me, do you want to go to my place and wrap your lips around my genitalia?" That question or thought NEVER enters the girl's mind because I am the one leading the entire way. She doesn't have time to think "am I a slut for this?" She doesn't get the chance to set off her "anti-slut alarm," because she is excited, in the moment and following my lead.

If a girl is sexually available and digs you- she'll follow your lead. It doesn't matter how many or few partners she's had.

"Sex just happened," is how the girl feels the following day or if she were to tell her friend about it.

That's EXACTLY how she wants to feel about it. She wants no active responsibility for initiating sex.
That would make her feel like a slut.

Truth is, it's completely consensual. No one got seduced. No one got tricked. No one actually regrets it. That why she comes back for more. You guys on GoodLookingLoser.com understand this pretty well. When a girl sleeps with you, you didn't "successfully trick" her into doing so. That's seduction. And Seduction doesn't exist. see: www.seductionmyth.com

♥ of the 114 girls (and others I meant via social circle, work, Internet, etc) NOT ONE refused to answer my text or phone after we had sex. The majority came back for more sex, sometimes for months on end. This is something that I am particularly proud of, maybe more than ANYTHING else that has happened while doing this "player thing". To retain HOT girls as bed buddies for long time, you have to have lots of stuff together and very little of it has to do with "game".

I haven't really thought too hard about "what a slut is," if you guys want to provide a definition below, go for it.

Per my definition, a "slut" is- a girl that has or is thought to have an above average amount of sexual experience or loose sexual "morals" as compared to a hypothetical standard. Regardless of actual sexual experience, a girl can be labeled as a "slut" for simply flirting with/attracting guys more than the other girls in her social circle.

On a slightly related note, a lot of people think they can identify how much sexual experience a girl has by the outfit that she is wearing on any given night. This is obviously not true at all.

Guys that call girls "sluts" are judging them and tend to judge all other women too.

Interestingly enough, guys that judge women, have a lot of trouble Getting Laid because of the very thing they keep reinforcing- if you are a woman, having an above average amount of sex outside of a committed relationship is wrong and bad.

If a girl feels like you are going to judge her for sleeping with you- she probably won't sleep with you.

This is especially true if you are "boyfriend material".

Girls don't usually withhold sex from "players" because they know these guys usually don't have a ridiculous double-standard for sex.

Girls don't like to be called "sluts," for most of them it's potential social suicide and is damaging to their self esteem and reputation. Fear of being label as 'a slut' why girls don't have sex more often. It's why ALL OF US don't Get Laid more. The guys that judge women and call them "sluts" is the same reason why they can't Get Laid. Isn't that ironic?

Even dating back to when I didn't Get Laid much, I never really judged women and especially not on their sex lives. I thankfully didn't have to get over this. I very much disagree that the measuring stick of a women should be based upon how partners she's had or hasn't had. A lot of guys disagree. I don't know if this is societal conditioning or a conclusion that they reached on their own. I assume it's the former.

The main reason for this, in my opinion, is because they can't get them in the first place.
It's a convenient excuse to protect them from potential rejection.

Experienced girls (sluts) aren't necessarily easier to get to for all guys. In fact, experienced girls (sluts) are usually harder to get for guys that don't Get Laid much. These girls generally don't sleep with nice "boyfriend material only" or loser guys. This is because- like all girls, these guys simply don't really turn them on. These girls generally just sleep with players because they will have a good time without being judged. Nice guys generally are destined to end up in relationships prudish, inexperienced girls that require commitment. Nice guys call this "classy," but in reality, they probably wish their sex life and relationship wasn't so vanilla.

We screen for sexually availability.

To assume that EVERY single girl that is willing is have sex if they meet someone is a "slut" is completely absurd.

Most of you guys are so far from that ridiculous perception that I don't even need to expand further on this subtopic.

You Guys Know All This Stuff Anyway 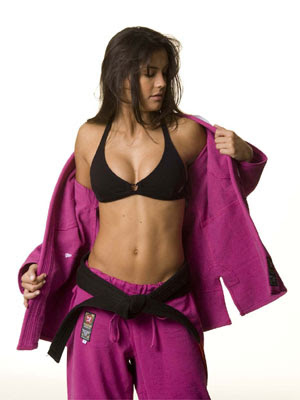 Most of the guys that are part of the new Good Looking Loser community have a fairly good understanding that our aggressive stuff can get ALL types of sexually available women.

The keyword is- sexually available.

In fact, these mindsets and techniques are MEANT TO creep them out. Most of you guys don't get caught in 'black or white' statements. Black and white statements featuring words like- only, never, always, generally never apply to anything in life.
There's generally an exception to the rule.

Such is the case here. Aggressive techniques get all sorts of chicks, not ONLY "sluts".

You never know what the girl is like until you screen her. Even still, you'll just find out if she's sexually available. It's not until AFTER you have sex that the barriers and bullshit drops and you really can get to know a chick. Then even still, to really get to know her- you have to bang her for several months.

With experience, you'll develop some instincts to find the girls that are DTF better. But again, if a girl if DTF on that particular day or night, it's absolutely no reflection of her sexual history. Until you develop these instincts and even thereafter, you shouldn't assume ANYTHING about a girl you haven't spoken to. Not only might it not be accurate, it's simply unproductive. That's why we screen chicks in the first place- to find out if they are sexually available and cool.