++I don’t proofread my lay reports.. I write them quickly

This was the second girl from my little “hit on 100 chicks” avg. guy game social experiment. Blonde, short hair, she was a transplant from Micigan, 30 years old. Just BARELY made my standards, plain pretty, no great features like tushy or boobs. Good personality though, she’s like the only girl that has a traditional real job 9-5 in LA

3rd set of the day while I was near the beach in Santa Monica, at an intersection I walked up to Jen and said, “Hey I know this is random, but I thought you were cute and wanted to say hi.” I naturally did this in my ‘on purpose’ nervous guy game, where I pretend I’m nervous to lower my value. Shes was okay looking, not great clothing, not trendy.. I looked WAY cooler.

Jen respond really well and said that was ‘sweet’ and I was very attractive too. At that point I drop all game and just asked her about herself, what she was up to, etc. etc. She told me she was going to the shopping promenade to looking for a bday gift for her friend. Did more small talk, then I cut it off, saying, “hey I gotta go, whats a number I can text you at,” she smiled and said “absolutely,” and put her number in my phone…

I texted her back so she had my #

I texted her later on in the week, she responded, so I called her asap. Tried to setup a date, proposed 2 dates—she actually couldn’t do it… this girl works like 6 days a week from 7am-8pm haha what a life. But I knew this chick really liked me and we talked for about an hour and a half (I would never do this with a hotter chick).

We texted on and off for another 5-6 weeks.

Called her again, schedule a meetup, I usually never, never consent to traveling elsewhere, but this girl liked me a lot and was responding to some sexual innuendo on the phone. As a complete joke, I had told her that my cock was bigger than her legs (she was tall)… and she responded “maybe, we’ll see.” Which really surprised me. At the same time, it didn’t surprise me because she was older than seemed to be pretty direct.
So I traveled down to Hermosa for the first time, parked at her place… we went out to get a few drinks on the beach. We were at the outside bar for about an hour.. a bird actually came by and popped on her head hahaha. I laughed and handed her napkins… she was actually a good sport about it and didn’t get too upset at all like a lot of the uptight Hollywood models I bang would do. she just went to the bathroom and cleaned herself up..

a memorable side note: there was a INSANELY hot little cutie at the table next to us that was seemingly blowing her cigarette smoke at our table, jen had to move to get our of the way. When jen went to the bathroom to clean off, I started talking to the little cute girl (she was 20)… totally the type girl that I usually bang.. she was Russian I think, didn’t speak English well but I took her number anyway. crazy hot and she liked me. When jen got back I was barely interested in her (Jenny) anymore haha. I don’t think Jen saw me take her #.. Normally I wouldn’t care, but Jenny knew she was lucky to be out with me.. I didn’t want to fuck that up

We finished our drinks and when back to her apartment… she was pretty buzzed and she wanted to hop in the shower since the bird poop incident.. so she did for 10minutes. I looked around the place and found her room, turned some music on. She came out after about 10minutes and just pulled her into her room, put her on the bed and got busy.

Jen was like the 1st girl that looked my age that I banged in a while,, every girl is usually like 4-7 years younger than me. Jamie was 29though, looked 26. I was kinda interested in how she’d do with my size since she was probably pretty experienced. I love tasting the pussy of the young Hollywood girls, wasn’t that interested in eating Jen so I just gave her some lube (yup brought it with me) and an orgasm with my index and middle finger. Then I spread her legs for her and got to work, absolutely slamming my dick into her as she screamed in pleasure.. didn’t seem hurt her, she took it well. Thoroughly satisfied, I enjoyed it more than I thought too. I watched some tv with her after and left… I had no intention of seeing her again.. in the next week she texted me a lot. for some reason she kinda knew that she wasn’t getting anywhere with me (I guess she knew I was a single guy that banged a lot of Hollywood hotties, she was almost 31)… but I responded to her politely anyway and said id like to be friends. she wasn’t rude and said she was disappointed but she’d like to be friends cause she had no regrets (loved my dick!). Normally, I wouldn’t care and would just ignore her but this girl was nice and I sorta figured she wanted a boyfriend and had been looking for a few years and LA wasn’t treating her that well. Im a decent guy

++didn’t proofread for grammar, post is in it's original form- hope its okay 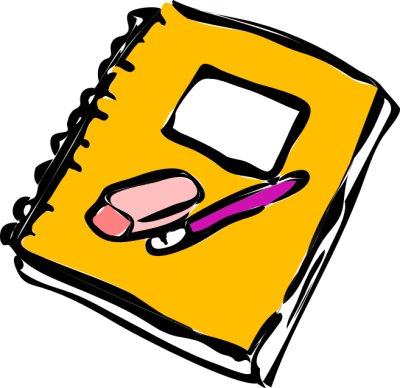 Tags:
Lay Reports Picking Up Girls Approaching Women
Mainstream "I Hope She Likes Me" Game - So Much Is...
LR: Annie from Morgantown/Santa Monica Beach HB8

Get Laid or Get Lost Mindset

Help! It's Weird Going Up To A Random Chick and Hitting on Her! (Approach Anxiety)

How to Screen and Filter Girls Out Instead of Being Rejected

How and What to Screen Girls For 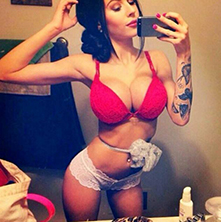