Feb 17 Posted by Good Looking Loser in Get Laid

This is where you land the HOTTEST GIRLS - so listen up - if that's what you signed up for.

While this is representative to the Hollywood/Los Angeles Party Scene - I feel in can to most cities in the United States of America.
(with the exception of Las Vegas where the clubs are conveniently in the hotels)

If you didn't know - the clubs close at 2 am in Los Angeles... and the after-parties begin.

This is how it works in the Los Angeles Club Scene. 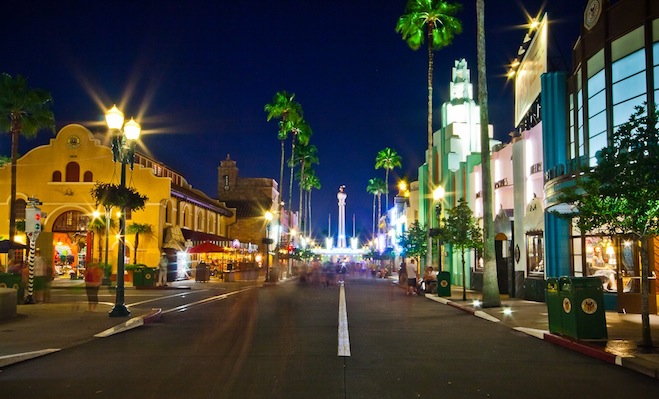 What is "Party Game"?

You have probably heard of the term "Club Game".

I will discuss that concept and it's primary problem below.

We call it "Party Game" and not Club Game.

There are two reasons for this -

The "game" doesn't even happen at the club.

It happens at the party.

The sex happens at the party too.
(or during pre/post-party hours)

Unless you are tight with a legitimate ~mid-level nightclub promoter - try to forget just about everything you thought you knew about "Club Game" and popular organized nightlife aka "The Scene".

If your source for "Club Game" doesn't discuss BEFORE AND AFTER PARTIES -- disregard everything you read - an Internet Marketer wrote it. 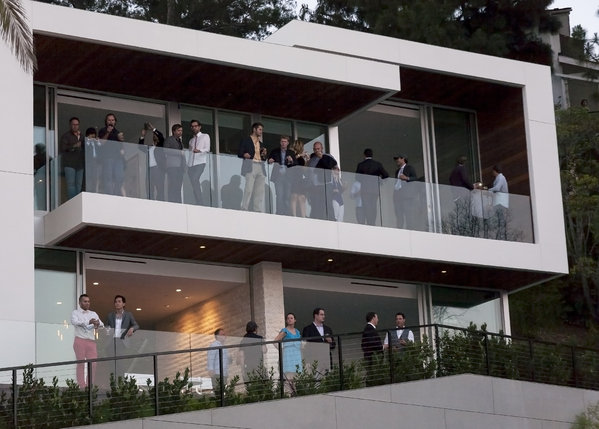 "A Nest In the Hills"

The Party Scene in a Nutshell

In short, this is how it works-
(Ready Losers?)

The entire night was ALREADY PLANNED from the start.

Most guys and girls ALREADY KNOW who they were going to have sex or try to hook up with.
(unless stupid girly drama ensues)

The actual "Clubbing" part is a sideshow, an appetizer, foreplay - to the AFTER-PARTY where all the Red Bull, Grey Goose and bodily fluids are spilled.

That's why we don't call it "CLUB GAME".

The club has virtually nothing to do with anything.

My Experience In "The Scene"

I have significantly more experience with "Party Game" than picking up girls with the traditional "cold approach" that most guys are familiar with.

The majority of girls I've slept with are from the "The Scene".

While I have picked up top-tier girls via cold approach - the vast majority of them came from the Hollywood Party Scene.

The majority of the SUPER HOT GIRLS I've slept with were specifically from the Hollywood Hills Party Scene.

In fact, the very first cold approaches we recorded in for Good Looking Loser YouTube was the first time I had done a significant amount cold approaching since Early 2010. Cold approach was only my primary stream of pussy in 2008-2009.

Since then, however, traditional cold approach has been only a small supplement to an overall lifestyle - when I am single.

There's a reason for that-

In nearly every way, what I call "Party Game" is better, more efficient, more productive and gets you MORE and HOTTER girls.

Had I known about how to get started with "Party Game" I don't think I would have done any traditional pick up whatsoever.

Admittedly, what I learned, experienced and the results (pussy) I got from my success/failures at traditional cold approach helped build my social fundamentals, got me connected and immediate MASSIVE success in The Scene.

We wouldn't have a blog if not for cold approach either.

Like most guys, the majority of guys in the Party Scene, don't approach women they don't know. They just have decent social skills and drunk guys around them 3 or 4 nights a week.

If you can build your social freedom and get connected in The Popular Scene - you'll never be without options.

Even just a little "Killer Instinct" goes a long way. A lot of the girls are ALREADY interested.
(an active hung penis will also get you attention)

If nothing else, you'll be partying with hot girls on the regular.

It's amazing for your "Sense of Entitlement".

Just for the record-

I've gone to some super exclusive parties in Los Angeles.

I've gotten into some of the hardest doors and been to some invite-only parties.

This IS NOT to suggest that the majority of my "Party Time" was spent as an insider to some private celebrity scene - it definitely wasn't.

When you get connected in the Los Angeles Party Scene, it's possible to go to hot parties. It seemed CrAzY at first - but it wasn't after a little while. After all, I live(d) the Hollywood Party Scene neighborhood.

The Scene in Los Angeles becomes a small world after 6 months of near daily partying - you see the same faces, hit the same parties and eventually find your way to the more exclusive opportunities if you can regularly bring pretty girls with you and get to know a few names.
(more on this later)

The majority of my experience comes from a Scene which I feel the normal person can access.

I will help you do so. 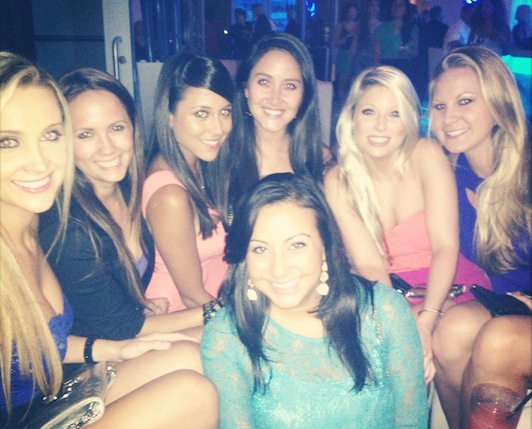 The Misconception of Party (Club) Game

Believe it or not, nightclubs (popular scene, dance, event, etc.) are not the ideal place to pick up woman.

In fact - they are arguably THE VERY WORST.

Very few people actually know this, including the vast majority of self-proclaimed authorities on the subject.

There's several reasons for this-

AND THE PRIMARY REASON WHY "CLUB GAME" SUCKS- 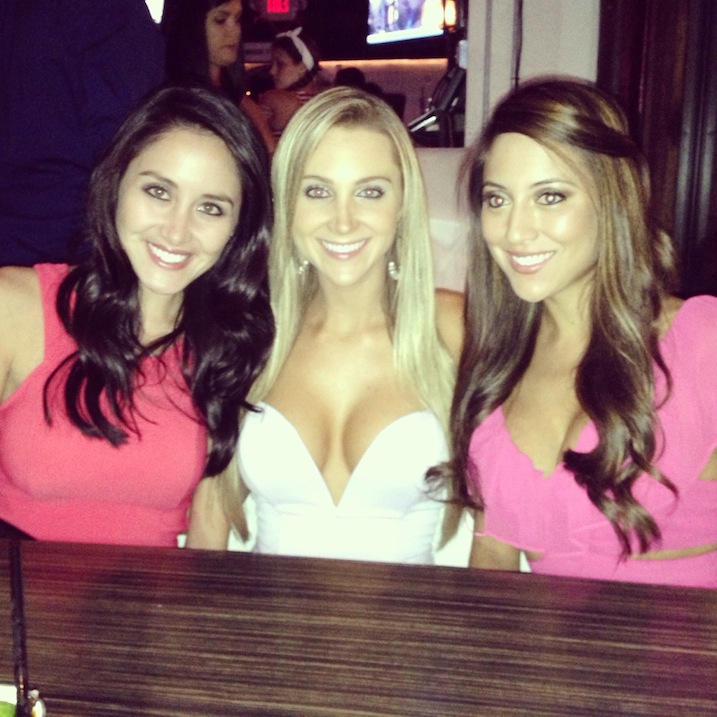 Unlike the bar scene - few very girls will ditch their group of friends to fuck a "club guy" they just met.

Certainly possible, both Scotty and I are in the double-digits with this type nightclub cold approach dynamic, but it's a lot of work and a TON of factors outside your control that can easily bring your night to an end.
(I'm pretty sure Scotty has had more sex IN THE CLUB (or outside in his old truck) than taking the girl home from a nightclub via cold approach)

In Los Angeles, these club bunnies are usually hungover and "detoxing" with their fruit juices and useless over the counter medications and talking about the limited amounts of the previous night that they actually remember.

I've had pretty good luck (as compared to my friends) with taking phone numbers at nightclubs but admittedly - the majority of the leads go absolutely nowhere. 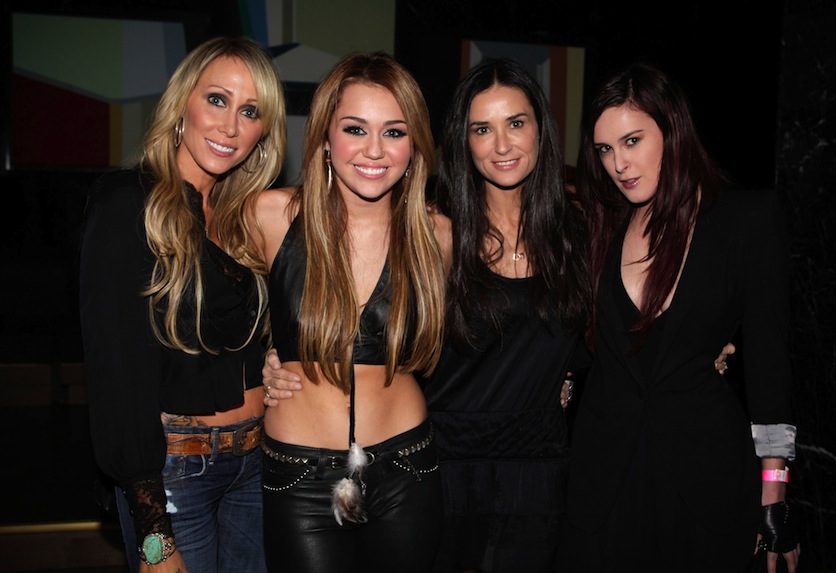 The Real Scene - The In Crowd

Think about what I just explained above.

You are either part of The Scene or you are an outsider with an endlessly uphill battle.

As an outsider, there's very little reason to approach girls in clubs unless they are staring at you and you have place (e.g., after-party) to take them.

If you don't know ANYONE at the club and have no PRE/AFTER PARTY plans - you are better of in a bookstore or grocery store that is closer to your house and about to close. You are certainly better off at a bar.

Most guys go to nightclubs and indiscriminately approach unavailable girls that already have their night planned out.

Sometimes you'll get lucky, I have, but it's really an inefficient way to get action.
(I actually learned this quite fast - I found my way into The Scene right away)

You need to become part of the 'In Crowd' or at least have acquaintances that are.

Especially if you are interested in the most popular, highest-quality, otherwise-completely-intimidating Party Scene pussy in it's prime. 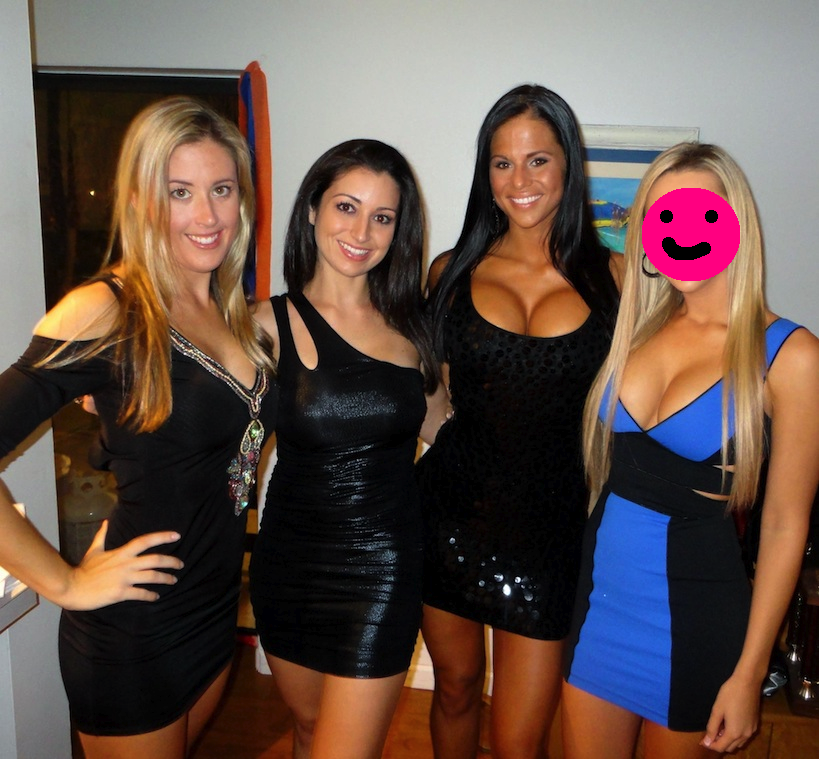 The Scene is where it's at.

As my friend Rich, who does REALLY WELL, noted -

"It's funny how I have these hot bitches chasing me, trying to hook up and stay over [at our party house], if I talked to them at Barnes & Noble (Bookstore) [like you and Scotty do], they'd probably ignore me..."
(not a direct quote)

GET TO KNOW THE PEOPLE THAT MATTER.

GET INVITED TO THE PARTIES.
(ideally - bringing some girls with you)

BECOME PART OF THE SCENE.

Then if you approach girls - it will go much better. (status)

Don't worry, you don't have to "know everyone" or become super popular.

You just need to know a mid (or upper)-level club promotor, have a few cool guys to party with and a decent spot to host before and after parties.
(VIP status can be fun and helpful - but it's very optional - and nothing that you spend money for)

Without that - forget about nightclubs.

And that's where I'm cutting you off... 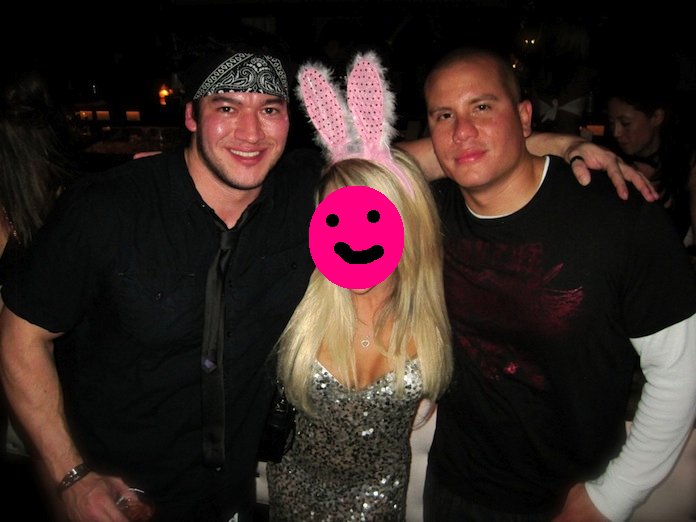 I'll tell you about some of the very best nights (early mornings) of my entire life.

It was a quite an era.

Hopefully I can remember some of it...