Are You Too Smart and Sophisticated to Get Laid A Lot?

I recently got an email from a guy that I've been working with since January. There's not many guys under age 24 that can that can pick up and bang the very hottest girls. This guy is one of them. I feel he has the potential to be where I was 28, before he turns 24. Despite logistical issues with his conservative small town, he's been able to meet and date lot top-shelf pussy. This is usually a sign that, with some more experience, his results would skyrocket in a big city. The expectation is that he will be one of the few guys that bangs 100+, hot girls. Among the top 10% of the top 1% of all non-celebrity guys. Elite.

Compared to guys his age he is very "sophisticated."

In his own words-

"[I] appreciate the 'finer things in life' as gay as that might sound and [I'm] doing pretty good in general. You know, knowing stuff about music, art, food or whatever the fuck it is that others don't. I think I'm more that type of guy." 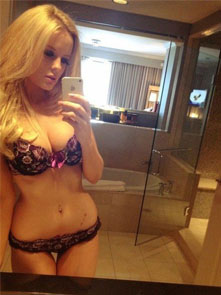