Interview: The Zuberi Project (No Pussy to Buckets of Pussy)

Zuberi was the very first guy I worked one-on-one with on Good Looking Loser back in late 2011.

This interview is about this journey and transition from dateless PUA expert to "guy who bangs the hottest chicks in his city".

He isn't an ex-PUA guy who still doesn't get laid but has brainwashed to simply be "positive" about his sex-less life.

If I would have "quit" hitting on girls in 2009 after my experience with PUA community, none of would have been possible.

It's been an honor working with you. 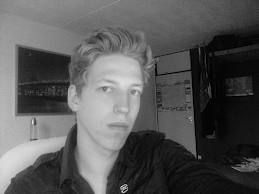 Audio II: The Journey to Success

How Chris helped me get back on track

A while ago I promised I would write a review about Chris, his coaching and the GLL community I’ve seen him build.

Chris and I met in January 2012 on a pick up forum and I noticed he had a link to the 1.0 version of what would become Good Looking Loser in the future.

I really liked his philosophy-the no bullshit approach- and somehow felt that the transparency that Chris really hammers down on from a ‘business point of view’ was legit and authentic.

We started chatting and before I knew it I was sending him long emails about where I was with chicks at the time, how frustrated I was, how depressed, and how it felt that my life was going nowhere fast. Even then, before we officially got into a mentor-mentee like relationship, he helped a me lot giving lots of solid advice and always over delivering. I’m not joking I’d send him an email with 5lines of text and he would reply to me with his thoughts and suggestions that easily covered 4 pages of text. Somehow you could just tell he knew what he was talking about and he was definitely a guy I could see getting a lot of hot pussy so late January I started with a coaching program.

Before we Chris took me under his wing I had virtually no sex life. I had a horrible break-up with my Australian girlfriend in the summer of 2011 and contemplated either selling all my stuff and just travel and get the fuck away from it all or ending my life. I often spent nights crying, because I felt there was no hope and there was no way a cute girl could ever like a guy like me. Strange, because I did pretty well in highschool with the girls.

The thing was, I needed to find myself again and get a sense of purpose in life and Chris helped me with that. Before we started I only had 1 day of daygame experience where I talked to 10girls and got 4#s. Luckily that was about to change. We set a goal together that I would bang 5 hot girls in 2012. Even though I didn’t told him at the time, I honestly felt that this was mission impossible but I said fuck it, we’ll see how it goes and just went with everything he said.

Initially he gave me a lot of general advice on his philosophy which basically boils down to this:

Now of course I had huge AA, as most of us did here, but I was at such a low point that I couldn’t care less whether she would laugh at me, groups of people would laugh at me, or Id get rejected 1000/1000. For me it was all about experience, practice and getting to pick Chris his brain as much as possible.

My biggest problem was that I was too much of a ‘nice’ guy. Supplicating to girls, polite, not aggressive, not getting laid. Chris really helped me filter away these qualities and slowly but surely I began getting some results, number closes, instant dates, dates, make-outs. Things started to take off. The same went for the GLL community. It began to grow like mushrooms on steroids.

Honestly, I think one of the reasons GLL is so popular is because both Chris and Scotty are just 100% honest. They might not be the smooth marketers you often see, but they get a lot of ass, and are living their lives in a way that makes them the happiest which is what its all about. What I always thought was amazing was how every post Chris would write would make so much sense. I mean, it often felt like common sense, so simple, yet, I never really got it through all the clutter in my head and I think a lot of guys had the same problem. Chris somehow can really simplify things, break it down, and tailor it to your specific needs in order to maximize your success.

While I was writing about my experiences in my log Chris and I often held Skype meetings where we also got to know each other better. Turns out we really clicked well and that only helped with my faith in the advice he was giving. I was never surprised at how extensive his replies via email or the forum were when I asked him something, and how much sense it made on a deeper level. Honestly, he is one of my personal hero’s and I have great admiration for him as a person, his success with girls, in life, and the community Ive seen him buildup in the past year.

I remember a specific time where I recorded some approaches and sent the audio files to him.

Now, I figured it would be a sucky job for him to listen to those since they weren’t in English and quite long.

Yet, a few days later I got a HUGE email with all his thoughts and those of Scotty when it came down to:

And he gave the advice that I should talk more about myself in interactions. For some reason that felt like something I always wanted to do,but never did. You see, I was so much of a ncie guy that all I did was focus on HER while I should have been focusing on ME. When I changed this, my results really began to skyrocket, instant dating girls left and right, number closing them with relative ease, having a filled agenda with 2-3 dates a week and I managed to have a couple of fuckbuddies which was my personal goal after a while.

Throughout the year we kept in touch and had a lot of other discussions on things apart from picking up chicks. We talked about life in general, thoughts on GLL, goals, hopes, how environments play a big role (I didn’t like my environment, school, city etc, still don’t but he helped me gain perspective) and just plain banter about other stuff.

Even though I haven’t met Chris personally yet, I do feel we became close friends in this past year where he really helped me to:

And a shitload more.

Seriously, its insane how much this guy has helped me. It might sound like I'm exaggerating but I'm not.

I intend to make a wall with black and white framed pictures of people that inspire me (Michael Jordan, Will Smith, Layne Norton, Gurbaksh Chalal) and Chris will definitely be amongst them simply because he showed me how to live life again.

In fact, I still think that the slogan of GLL should be:

They say ‘fuck you social normals and expectations’ and focus more on what makes YOU happy, what YOU want to do.

Because lets face it, in the end, most of us aren’t happy in todays society with numerous obligations, and inhibitions due to school, work, moldy people and social norms and expectations in general. Though the advice here is controversial, it is often also straight on and feels right. Don’t say GLL thinks outside the box-for them there is no box. Being on GLL is a bit like smoking weed: you feel a light happy buzz, and suddenly you start to look further, think differently, connect the dots in a different way, and because its so intuitive, it is also the right path for you.

Honestly, I think for everyone reading this or visiting GLL, it’s the best thing that happened to you. When you start reading the stuff here is when you start living again and move away from the robotic life you normally feel is ‘right’.
So what about results? Did chris deliver?

Well lets see, I went from-

Id say that is pretty good if you look at how I did in 2011 chick wise.

Not only that but I also noticed-

So seriously, getting advice from Chris is a no brainer.

Sure, there are guys here who fucked dozens and dozens of chicks at my age, but we need to take things and look at them from a certain perspective. My goal was never to bang 100+chicks, I rather had a couple of really hot fuck buddies (also an insight from Chris) and I went from sex-less loser to getting laid on a consistent basis. In all honesty, the only reason I did not do ‘better’ was because I was insanely busy with improving other areas of my life as well and only did like 1000-1200 approaches this year in total. Still, I'm very pleased with 2012 and feel like I'm gonna skyrocket in 2013.

That’s all because of Chris.