Live Proactively: Are you Alive? Or Just Flushing the Toilet After Other People Take A Shit? version 1.12 (Lifestyle)

Are you Alive? Or Just Flushing the Toilet After Other People Release Their Shit?

*this one gets a little gross; but it's to prove a point. haha.

As explained in "The Secret to Life," taking proactive action is the most important thing if you are going to bang a lot of girls, make a lot of money, look your very best and live a high-quality, low-stress, time efficient, productive, fulfilling  life.

This discussion "Live Proactively," certainly generalizes, but largely explains 2 lifestyle paradigms. Some people proactively take action, create and build a lifestyle for themselves. Other people are simply reactive to the world around them and never seem to get ahead or reach their goals.

I strongly encourage you to live proactively as much as possible. It's pretty much inevitable that you'll have to be reactive to things in your daily life- but the goal is to realize the unnecessary reactive scenarios and behavior and try to eliminate them so you can investing more time in yourself. 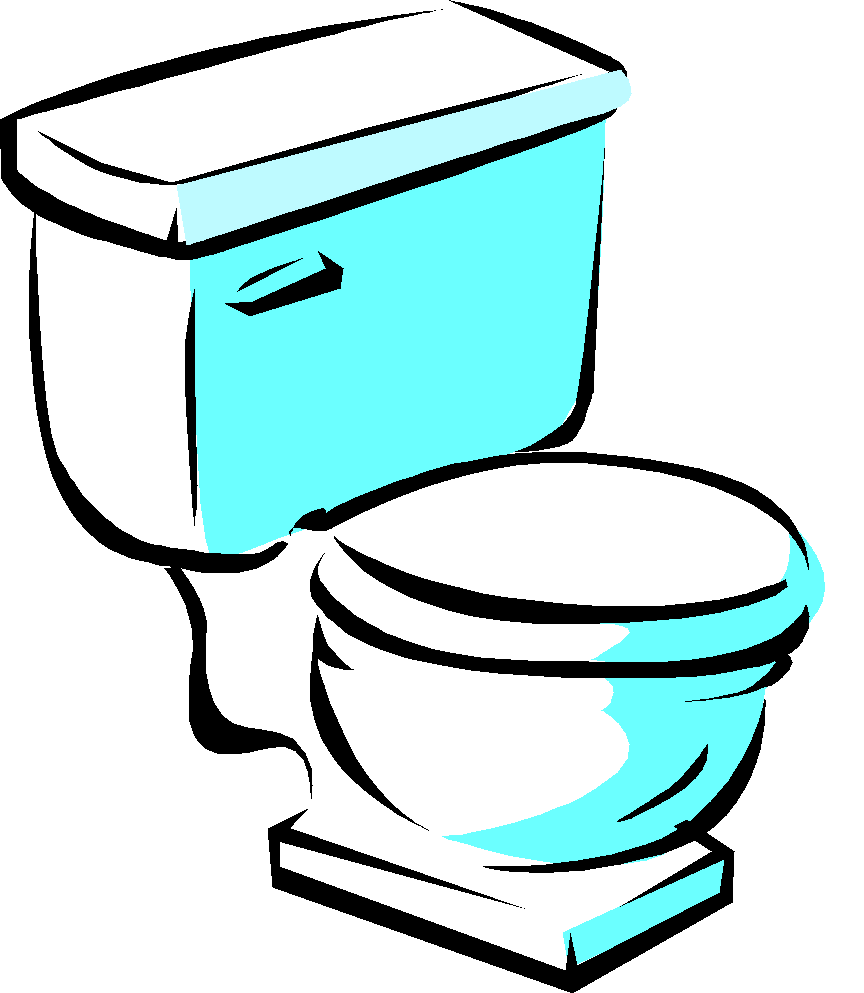 Let's define these terms so were all on the same page-

Being proactive is taking some sort of action toward achieving your planned goals.

Being reactive is simply becoming a product of the world around you. You just respond to the world and actions of proactive people, but never take any/much of your own action. Basically, you spend the vast majority of your day simply 'reacting' to what's going on around you rather then doing anything productive toward your individual goals.

Being proactive is taking action to generate force in the world.

Being reactive is simply responding or thinking about to the force others have created.

Good Question- If I see a hot chick and approach her, isn't that being reactive?

Proactive Reactions vs. Reaction Reactions
Answer- Being proactive basically means 'taking the action/creating the force' that you want rather than thinking about it or not taking action. It's more about the intention/motivation moreso than your actual reaction at times. If you see a hot girl, approaching and screening her is definitely proactive. It's a 'proactive reaction'. A 'reactive reaction,' in this case, is to think about it and not take action- especially if you wish you had.

Everyone (Except You and Me, Of Course) is Reactive to Super Hot Girls

This entire discussion was prompted back in December 2009 when I was having lunch at Cafe Primo with my super hot fuck-buddy and long-time cool friend, Blake. Blake is one of those insanely hot chicks that is really selective and lives in her own bubble, she's not very conscious of the outside world (she knows it). That's not to suggest that she's completely proactive- she does Facebook, Twitter and watches pointless reality TV. But she's definitely a girl that does what she wants, when she wants. That's how the coolest girls are.

One thing she never cared about was smoking in public or in non-smoking sections. She likes to smoke after sex so she didn't hesitate to light up after we got to Primo. To be polite to me- she blew her smoke toward a table to my right. Each time she did, all 3 people at the table would make noises, coughing and saying how rude she was (trying to give her a 'hint'). She got the 'hint' but didn't give a shit at all and went through about 3 cigarettes while they just sat there coughing and passive aggressively showing their displeasure. I thought this was really funny the entire time. We talked about it toward the end of lunch and I realized that she knew no one would have the courage to tell her not to do that or try to stop her. She's too hot. People simply react to her behavior and reality.

Well, except me... she buys me lunch after I stuff her. We go way back. What a good friend. (hahah, Blake I know you're reading this...)

Here's a few examples of (proactive v. reactive behavior) I can think of in ~10 minutes.

A celebrity [proactively] makes "news" and 10000 [reactive] people comment on it.

You wake up early in the morning and [proactively] run 1 mile on an empty stomach while watching ESPN so you can lose some body fat.

You wake up late in the morning and see an advertisement for P90x on ESPN so you [reactively] order it and never use it.

Rather than flying to Atlanta for a meeting with a prospective client you [proactively] direct him to a link on the Internet that explains how to setup and use Skype. The meeting goes pretty well.

Rather than directing a prospective client to Skype with a simple link, you [reactively] fly to Atlanta and back on the same day for a 40 minute meeting. The meeting doesn't go that great because you didn't catch sleep because person behind you in the airplane kept kicking your seat and you didn't say anything.

You see a hot girl and [proactively] smile and tell her "Wait, hold up. I want to talk you to. Tell me your name sweetie."

and my favorite one...

Be Proactive, Not a Reactive Toilet Attendant Cleaner

All the while there's some [reactive] guy at the same gym who thought the same girl was cute. Before his workout he actually went into the bathroom stall after you finished your poop and he was nailed with the terrible scent of shit and farts from your super awesome high-fiber, high-protein diet. He [reactively] complains to his friend about the smell you left and goes to his locker and [reactively] goes to get his body spray to try to clear your toxic fumes that you left the poor motherfucker. He [reactively] sprays his body spray into the toilet, flushes it a few times to get your remaining waste down but still he has to [reactively] wait 10 minutes for your smell to clear. After, he goes into the gym, notices the girl, doesn't talk to her and actually has to have a shorter workout since he spent so much time [reactively] trying to clear the smell from your asshole back in the locker room.

You get my point?

Don't be some reactive loser that goes around trying to freshen the air and flush fresh shit down the toilet after some proactive person decides to empty their asshole.

That is an extreme example but it's a metaphor for how some people live their lives- some guys proactively create their own reality/shit, some guys just spend their time complaining and reactively smelling and cleaning up other people's shit.

Again, not everything can be a proactive behavior, but the intention or motivation is more important than if you are 'reacting' to something. There are proactive reactions and reactive actions.

Ideally, you should be doing the 'most productive thing' every second during your day. That will keep you being proactive and minimize your reactive reactions. It's hard, but try to keep it in mind- you'll find your being more productive.

Do the most productive thing, every second of the day (hear me out)

- Making a plan for the day and following it.

- Going about your day and hitting on (screening) the girls you want.

- Doing what you want- when you want.

- Going to the gym, hitting it hard and getting out of there.

- Leaving your "job" and doing something you are actually interested in.

- Banging girls first and getting to know them afterward. After you have sex with a girl, the barriers drop and you get to know each other.

-  Having non-specific goals "I want to meet girls," "I want to make lots of money," without a plan and just "winging it" and hoping something good will happen.

- Pornography when you are not banging/seeing any other girls.

- Watching shows on television that you aren't 100% interested in.

- Smoking weed during the day on a regular basis.

- Answering your phone, texting back when you are busy. Turn your fucking phone OFF.

- Getting addicted to cigarettes.

- Spending (wasting) your time in a job that you hate than then dying years later.

- Reading or debating dating/sex/seduction stuff and not applying it.

- Talking at length other people that have no role in your life whatsoever.

- Formulating "what if" scenarios to talk yourself out of doing something productive.

- Reading too many books.

- Staying in school for your entire life.

The Most Reactive Day Ever: Andy Pindick  (overly absurd)

Andy wakes up in the morning and hops on Facebook, since that's what he does every morning, the girl Andy is trying to bang  just posted pictures of her weekend. In 6 pictures Andy notices she's next to this other guy, Andy [reactively] clicks on the picture tag to see who the guy is. His name is "Erik Martin," Andy [reactively] thinks to himself "what a douchebag, why do all these douchebag guys get hot chicks?" From there Andy remembers that his friend told him about an Internet site called: www.hotchickswithdouchebags.com when Andy was [reactively] telling his friends about how "it was bullshit" that he got a bad piece of sushi, [reactively] got mad but didn't send it back. Andy [reactively] spends 20 minutes to check the website out. Sure enough, lots of hot chicks with douchebags!

Now Andy is running late, oh well- Andy [reactively] decides to skip breakfast and [reactively] Google "Erik Martin" to see if he can find out more about the guy. Andy doesn't find anything but he's still mad that "Erik Martin" might have let off a large pent-up 3 day load into the mouth of the girl Andy likes this past Saturday night. Andy was at home Saturday night waiting for texts and sat there [reactively] discussing why Whitney Houston's death wasn't a huge tragedy with other [reactive] people on the Internet. Andy thinks about the girl he likes, "What a slut!" Andy Pindick  [reactively] thinks to him and decides to text the girl. Andy [reactively] texts "Looks like you had a fun weekend."

Andy gets in his car and go to work and [reactively] follow commands from his boss that he hates for next 9 hours. Since Andy didn't eat breakfast he [reactively] munches down 16 donuts and 5 pastries in the employee break room at lunchtime. Andy knows he probably shouldn't have done that. Damn.

Later, Andy comes home, sees a commercial on TV for Domino's new New Style pizza and [reactively] orders it. Andy didn't even get a text back from the girl. Andy looks at Facebook for the 15th time that day and [reactively] thinks again, "What a slut!" That douchebag probably emptied his balls in her mouth, I don't even like the girl anymore! Andy [reactively] tells himself. Ding-dong- doorbell. Pizza arrives, Andy eats the whole pizza and sits on the couch. Andy receives a text, immediately [reactively] runs to his phone but it's not her. Damn it. Andy is exhausted and frustrated so he masturbates to the girl he likes and falls asleep after [reactively] checking his average fantasy basketball team.

Now this shit is absurd. That's a lousy day. It happens, I guess...

Some of this shit used to, but not so much anymore.

3. Live proactively. Plan out and create your universe. Don't worry- you'll still get LOTS of surprising along the way.