I used to be very against drugs. After all, drugs are bad right? They'll kill you. Probably instantly too.

No, seriously I thought that

Needless to say my views have changed, I'm not in favor of hardcore drug addiction by any means.

I AM in favor of basing your opinions on the experiences that you've actually had and not what others say who have absolutely no experience in the matter (that's the general theme to this website, you've probably noticed).

Even though he was a woman beating, hardcore drug using, somewhat overrated, impossible to get along with musician (I admit I have never met him, so maybe I shouldn't fucking speak), I largely concur with Axl Rose on his [apparent] view of drug use-

Rolling Stone Magazine:
Are you, as many people believe, a heavy drug user?

Axl:
I have a different physical constitution and different mindset about drugs than anybody I've known in Hollywood, because I don't abstain from doing drugs, but I won't allow myself to have a fuckin' habit. I won't allow it. I'll have done blow for three days and my mind will go "Fuck no". I'll have the physical feeling of knowing my body needs it, and I'll just refuse to do coke that day. I'm not going to do it, because if I was going to do it, I know I won't be able to hit my goals with what I want to do with this band. I can't let myself get into coke as much as I'm into the band. The same thing with heroin. I did it for three weeks straight and had one of the greatest times in my life, because I was with a girl I wanted to be with in this beautiful apartment, and we just sat there listening to Led Zeppelin, doing drugs and fucking. It was great, 'cause at that time I had nothing to do but sit on my ass and make a few phone calls a day. I stopped on, like, Saturday, because I had serious business to attend to on Monday. I felt like shit, sweated, shook, but on Monday I was able to function. I can't hide in drugs. A lot of people can, but whenever I do any drugs - pills, booze, smack, whatever - to enjoy it, my life has to be perfect - no fuck-ups, nothing going wrong. Otherwise, when I'm high, I'll analyze the shit out of everything that's happening in my life and why things are going wrong. That's not enjoyable. And if I have shows to do, I won't touch drugs because it fucks up my throat. My advice is don't get a habit, don't use anybody else's needle and don't let drugs become a prerequisite to having a good time. Do things in moderation, and just be careful.

btw- I recommend staying in shape, eating healthful food, regardless of your recreational activities.

btw2- If you do heroin, don't share needles for Christ's sake. Just kidding. Don't do heroin.

btw3- I don't know if Axl ever got in trouble (I think he did while he was drunk at some hotel in London) while under the influence or didn't live by his words above. Respectfully as possible, I don't care. It's the philosophy that I largely agree with. The guy was sexually abused and raped by his father at an early age, ran away from home and formed a band (later Guns n' Roses) - he had problems long before he ever did drugs. If he could honor his philosophy on drug use it is remarkable- considering he was so 'at-risk' for addiction given his family problems. Again, I don't know the full story. I largely agree with the theory however.

Tags:
performance enhancing drugs anxiety Lifestyle depression Axl Rose
This Process Will Strip You Down and Force You To ...
Videos About the Bathmate Hydropump 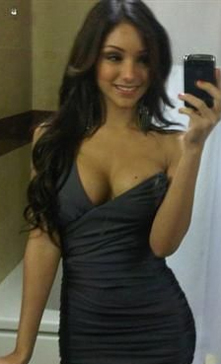 28 Things I Really Wish I Did or Didn't Do in My 20's (and What Might Have Been)
Player Lifestyle (Hardcore)
How to Avoid Getting Emotionally Attached to Girls Too Quickly
Get Laid
What Is Kratom? (All About Kratom Part I)
Kratom Guide