For decades there has been a debate regarding "does size matter?"

I think most of us know the answer to this.

Most women won't answer truthfully in public for fear they will be labeled as a slut.

You probably know where I stand on this-

Firstly, if it matters to YOU, then it MATTERS. If you have been searching on Google and Youtube for the answer to this question, the answer is yes- size does matter.

The actual evidence for and against the "matter of size" debate has been fairly unprofessional, people just give their opinions regardless of their lack of experience (sound familiar?).

Recently, I came across a REAL clinical study led by Professor Russell Eisenman at the University of Texas (Pan American) in Edinburg, Texas that set out to decide the "does size matter?" debate. The study was published in the "BMC Women's Health" Journal and peer-reviewed by other doctors and professors in academia.

The complete study can be found here- Penis size: Survey of female perceptions of sexual satisfaction

I had a smart girl I know summarize this study, I added some points that I felt were significant-

Does the size of the male penis, in terms of length or width, make a difference in female sexual satisfaction? University of Texas-Pan American Professor Russell Eisenman wanted to see if female college students would report their sexual satisfaction related to penis length, width, or neither.

According to the completed study, the width (or girth) of a man's penis is perceived by females to be more sexually satisfying when having sex. The thicker penises were considered to be significantly more pleasurable than the thinner penises. This may come as a surprise, as when the size of penis is being talked about, we usually think of its size in terms of length.

The conclusion that "size matters" (particularly girth) is especially a surprise to Masters and Johnson, two famous sex researchers who have concluded that penis size is unrelated to female sexual satisfaction. Masters and Johnson believe that the vagina adapts to fit the size of the penis, making the size of the penis irrelevant when it comes to sexual pleasure. Their "professional" studies never surveyed REAL LIVING FEMALES. However, the females at the University of Texas-Pan American would disagree with this. Out of the 50 girls surveyed, 45 reported that width felt better while the other 5 reported that length was more satisfying. None of the 50 girls said size was irreverent to their experience. Either way, Masters and Johnson's theory about adaptable vaginas may have to be reevaluated; penis size, in one way or another, probably matters somewhat in terms of a female's sexual satisfaction.

The subjects were surveyed by two male undergraduate students – popular athletes on campus – and all females chosen to participate were known socially to be sexually active. They ranged in age from 18-25 and were asked either in person or on the phone: “Does the size of the male penis, in terms of length or width, make a difference in female sexual satisfaction?” All subjects answered the question and we can assume that they told the truth perhaps because they knew the student asking the question. We can only take the 45 females that said width to be more satisfying at face value. The study is based solely on a perception of sexual satisfaction, making these females responses psychological as opposed to physiological. The reality of what these 50 women actually feel in terms of arousal and satisfaction during intercourse is essentially unknown. But the majority does believe that a wider penis will give them more pleasure.

Why would a wider penis be more satisfying than a longer one? Though it's not obvious, speculation suggests that thickness of a wide penis at the base of the vagina will provide greater clitoral stimulation as the male thrusts into the female during sex. Basically, a wider penis may have more contact with the outer part of the vagina, which includes the sensitive clitoral area. This would be the physiological or biological reaction to penis width, but another theory is that females relate the feeling of “fullness” with greater satisfaction. Though this would be considered a psychological reaction, a wider penis could provide the female with the feeling of being filled; she could interpret and report this feeling as being more satisfied.

While there may be a direct correlation between a man's penis size and a female's sexual satisfaction according to this study, the importance of size certainly depends on the individual. The 50 female college students that were surveyed are simply a sample of women, all with different perspectives on sex and arousal. 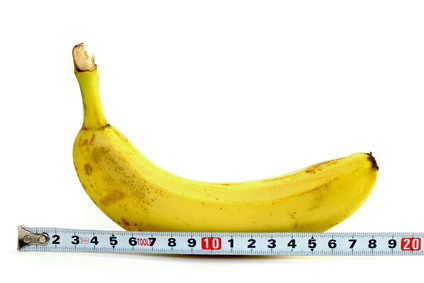 Videos About the Bathmate Hydropump

Frankenstein
This comment was minimized by the moderator on the site

Finally someone put it on the table, no excuses, in plain english, and the choice whether to do something about this rest in our very own hands. You sir, just wrote a good post. 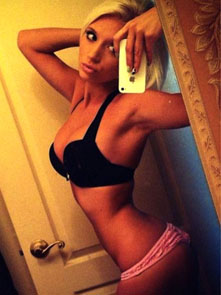