Subscribe to GLL
(click here)The Big Brother You Never Had Report a Problem
Forum
Get Laid
Rooster's Online Dating (General/Adult)
A story that makes you LOL, it sure made me!

TOPIC: A story that makes you LOL, it sure made me!

Forum
Get Laid
Rooster's Online Dating (General/Adult)
A story that makes you LOL, it sure made me!
Time to create page: 0.203 seconds
Powered by Kunena Forum 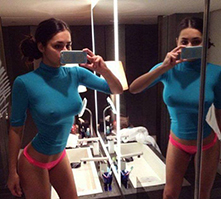