TOPIC: Young women/girls for sex, older women for the talking 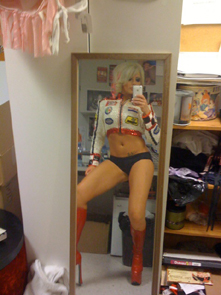