TOPIC: Share your good tips for sophisticated yet edgy home 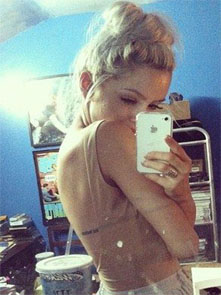