Subscribe to GLL
(click here)The Big Brother You Never Had Report a Problem
Forum
Talk About Anything (General)
General Conversation
What would you be doing if you would have never came across GLL?

TOPIC: What would you be doing if you would have never came across GLL?

Forum
Talk About Anything (General)
General Conversation
What would you be doing if you would have never came across GLL?
Time to create page: 0.241 seconds
Powered by Kunena Forum 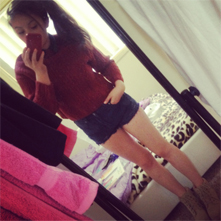