TOPIC: 5-HTP vs Tryptophan and Tyrosine vs Acetyl-L- Tyrosine 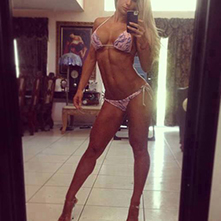