TOPIC: Chances With Girls Who Already View You As Loser 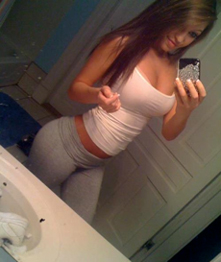