TOPIC: No more waiting for things to happen. I'm here to face my fears. 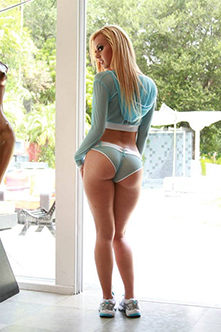