Kratom Newbies - Will It Work For Me?

This is not medical advice and subject to our medical disclaimer.
You should not consume Kratom unless you are in a country or jurisdiction where it is not prohibited.

In Rooster's Guide to Kratom, we outline EXACTLY what you can expect from Kratom.

This assumes, like the majority of guys, that you are a "Kratom Responder" and aren't a non-responder that either gets nothing or adverse effects.

It also assumes, through a process of trial and error- you find your 'sweet spot' (or near to) and you can really reap the full benefits.

The vast majority of guys will respond quite favorably to QUALITY Kratom.

Like I said before, I ask everyone to reserve judgement until they try quality Kratom.

Between Scotty, Rooster and I - we've probably tried 40+ vendors, with vast majority of the vendors having good feedback. The quality and the experience still greatly varied.

Will It Work For Me?

Likely yes, but I'm coming to see a bit of a pattern that separate the guys (and girls) that respond favorably and the minority that do not. The sample size comes from the people that I've burned Kratom with in real life and guys on the various forums.

I have a little theory, it should have been obvious, but I just thought of it so I wanted to tell you.

This is not a guarantee but rather a possible predictor.

Kratom tickles your opiod receptors, but it doesn't stimulate the mu-opiod receptors as much as morphine-based opiates do. That's why it's significant less addicting (and also less powerful).

Your response to Kratom will probably be like you respond to synthetic opiates, even though Kratom is a botanical and structurally quite different.

Some people, like my friend Erik, get hyper-energy from a small dose of vicodin - needless to say, he always gets a solid aroma from Kratom.

Other people, like my friend Danni (girl), get knocked out from a small dose of vicodin - she's tried burning about 5 different strains of Kratom and none have never produced an aroma like the rest of us get.

There be will be exceptions to this rule (Mark, the forum admin, get floored by opiates but likes Kratom) but-

But What If I'm a Minority or Fat?

It makes no difference.

That question was meant to be a joke but in all seriousness - if you are under 160 lbs, you don't want to burn over a 2 gram serving to start with.

I thought of that because this one Asian kid (weighed 140 lbs) was throwing up all over the ground at Trader Joe's -  I gave him WAY too much back in 2008. 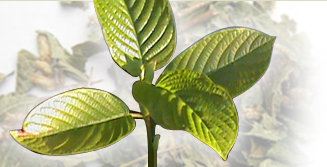 Don't Prematurely Declare Yourself a Non-Responder

You might have a lot to gain from Kratom, even if you don't make it a lifestyle.

It's worth some trial and error in our opinion. You might have to burn it on a empty/full stomach to see what works for you.

Rooster suggests that newbies burn a small amount (2-3 gram) on an empty stomach for starters. Evaluate the aroma 30 minutes later.

Quite a few people believe that Kratom doesn't work for them when they have simply burning way too much (or using old, dirty, shitty Kratom).

I've burned this stuff for years. Even I, if I were to burn too much - I'd feel dizzy and tired.

This isn't unless any other compound.

If you go overboard with any compound - you'll open the door to undesirable side effects.

Tags:
Kratom Kratom Reviews
The Story of Your Enslavement (Video of the Week)
You Got 99 Problems But Her Orgasm Ain't One 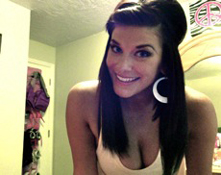