Anytime I think about posting any discussion that is 90%+ theory, I usually think otherwise.

Theory is usually a recipe for non-action. Especially in this game.

Reading or memorizing theory is not learning.

Learning comes via experience. The theory is optional.

Learning theory before experience can sometimes make you misinterpret your experience, and prevent learning.

Although this is theory, I found it beneficial and it was something I noticed (experienced) when I was trying to beat my AA simply by approaching lots of women.

I saw a quote the other day-

I first heard it in 2005-2006 from Urban Meyer, the former head coach of Florida Gators football team.

Meyer is one of the most successful coaches in college football history. He won two national championships with the Florida Gators in 2006 (my year) and 2008. While he is a great recruiter (he recruited Tim Tebow, Percy Harvin, Aaron Hernandez, Joe Haden, Reggie Nelson, Brandon Spikes, Cam Newton, Marcus and Maurkise Pouncey etc.) he is a great football coach because he understands the mental aspect of football that sets great players aside from good players. You can learn more about Urban Meyer here- "Urban Meyer" (wiki).

Watch this video, notice his statement "4 to 6 seconds" in the last 10 seconds, then continue reading-

"... we have a saying around here, '4 to 6 seconds', of great focus and great effort. If you can train your mind and body to do that, you can be successful."

Coach Meyer reminded the team before EVERY practice and EVERY game, "4 to 6 seconds."

The average football play lasts about 4 to 6 seconds. It's not long. Those 4 to 6 seconds are fast, violent and downright fucking scary. If you don't focus- you can get hurt, you can get beat or even worse- you can cost your team the game.

The idea is have EXTREME focus in those 4 to 6 seconds and give EXTREME effort.

After 4 to 6 seconds, you can relax, collect yourself and make sure your shoulder still works.

These 4 to 6 seconds separate good players from great players. Everyone is fast, everyone is strong and everyone is tough. Not everybody is in a zone for 4 to 6 seconds though. Losing focus for even 1 second, could be the difference if you are on the bench.

They have an attribute/rating in Madden Football called "awareness," that is what this is.

Call me a fucking nerd, I'm usually not this geeky- but interestingly enough, I found a time it was applicable and useful.

For the guys who are just starting out, with Phase I or Phase II approach anxiety.

We've discussed approach anxiety, where it comes from, it's impact, how to beat it and how much social freedom you really need to be at a top 10% level.

Approach anxiety, ironically, usually STARTS to occur 4 to 6 seconds after you see a girl that you want to approach.

By the way, the same thing will happen if you see a wolf and didn't run to a safe place in 4 to 6 seconds.

Does this sound familiar? It does to me.

First off, in the initial stages- completely avoiding or preventing this adrenaline rush hinders exposure therapy. So the actual rush isn't necessarily a bad thing. We just want to decrease it, little by little, everyday.

What is critical is how you learn to deal with the first 4 to 6 seconds.

If you noticed, the first 4 to 6 seconds, aren't that bad.

The fight or flight syndrome is triggered after 6 seconds and approach anxiety begins to kick in after about 10 seconds.

So you have a window of 4 to 6 seconds to work with, everything is under control.

It is critical that you take action in those 4 to 6 seconds. Otherwise your brain will attempt to slaughter you. It's a time bomb. tick. tick. tick... tick...

In those 4 to 6 seconds do these two things-

The most critical thing is- MOVE YOUR FUCKING FEET.

***START THE PROCESS BEFORE THE BOMB EXPLODES***

I don't have any/much AA under normal circumstances. When we were shooting the pick up videos last week, I got some anxiety. It wasn't about rejection obviously, it was about-

It's a lot to think about. While the concerns were somewhat legitimate- it was mainly a product of not taking action in the first 4 to 6 seconds. Granted, it's hard to jump on it in 4 to 6 seconds when you are trying to record, you'll miss the walk up, have bad positioning, etc.. I tried taping Scotty last Summer, it's fucking hard.

If you can get your feet moving in the first 4 to 6 seconds, you will be successful.

The guys with AA that can still get laid can move their feet in the first 4 to 6 seconds.

The guys that can't generally let the time bomb explode.

The anxiety will decrease once you're in the interaction. It may completely go away once the girl is following your lead.

Eventually, there will be no time bomb and it doesn't matter.

As for now- MOVE YOUR FUCKING FEET. JUST START WALKING.

Once you move your feet- you will be "present," as they say.

If you are talking with a friend, immediately stop and move your feet.

What If the Time Bomb Explodes?

This is inevitable if you have AA.

Approaching when the time bomb explodes is part of the process.

4 to 6 Seconds That's All You Need to Do

While solving the mystery of your life/enslavement might be beneficial, it's not really necessary to get laid or beat AA. Just fucking talk to women. You don't have to fix your brain to get laid, you just need to hit on girls.

If you can just start the process in 4 to 6 seconds, you'll still end up in some decent interactions if even you have AA. You'll also be getting good exposure therapy.

You can apply it to most predictable situations that seem to cause anxiety. 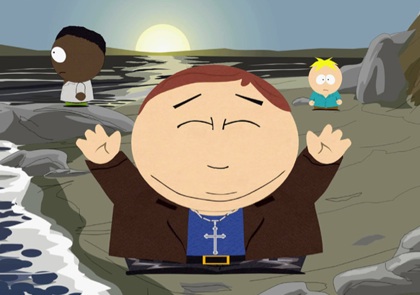 ... Holy Shit- I **JUST** realized that the community and even normal people know the "3 second rule," well, I guess I'm late to the party.

Either way, move your fucking feet.

My idea is cooler anyway because I've actually done it. haha.

haha the reference to the 3 second rule, lol

b
This comment was minimized by the moderator on the site

doesnt matter, just means its for realz...loving how yr putting out so much content lately, keep it coming.

It's hard to follow that rule in early stages (severe AA). Once I beat the majority of my AA, I wasn't depended on the first 3 seconds. The window of opportunity is much longer, almost to the stage where I run after her like in an action movie...

It's hard to follow that rule in early stages (severe AA). Once I beat the majority of my AA, I wasn't depended on the first 3 seconds. The window of opportunity is much longer, almost to the stage where I run after her like in an action movie for 1-2 minutes haha. It becomes less fight (approach) or flight (don't approach), and more freedom of choice.

brandon
This comment was minimized by the moderator on the site

Purple
This comment was minimized by the moderator on the site

"Just fucking talk to women. You donât have to fix your brain to get laid, you just need to hit on girls."

This quote is great. I've found that even if I just muster up the courage to say 'hi' to a girl in a club or bar, and then completely...

"Just fucking talk to women. You donât have to fix your brain to get laid, you just need to hit on girls."

This quote is great. I've found that even if I just muster up the courage to say 'hi' to a girl in a club or bar, and then completely bitch out, sometimes she will approach me later on by herself. I tell you what, you don't get approach anxiety when she's the one approaching.

Thanks man, I have some example s of guys I know-- their brain and life is a mess but they get laid constantly. Talking to women is sorta how they escape... believe it or not

Yeah, the mainstream community and their "inner game" stuff as...

Thanks man, I have some example s of guys I know-- their brain and life is a mess but they get laid constantly. Talking to women is sorta how they escape... believe it or not

Yeah, the mainstream community and their "inner game" stuff as complicated that part of process too. [some] Guys think they have more problems than they really do, I know I did. That kinda stuff keeps guys living in the past. Some stuff like childhood trauma, death of significant others, and any sort of sexual abuse usually needs a look/professional help- but the rest of the issues "preventing" guys from talking to women and be overcome by trying, win or lose.

yeah I gotta say- you've overcome the most AA in the quickest time of anyone we've seen. you straight up disabled the bomb, so speak-- or kicked it into the ocean and moved on

Thanks man I appreciate it.. more on the way 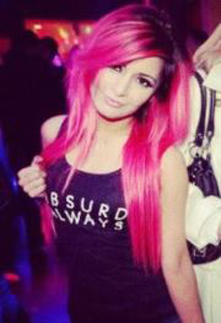