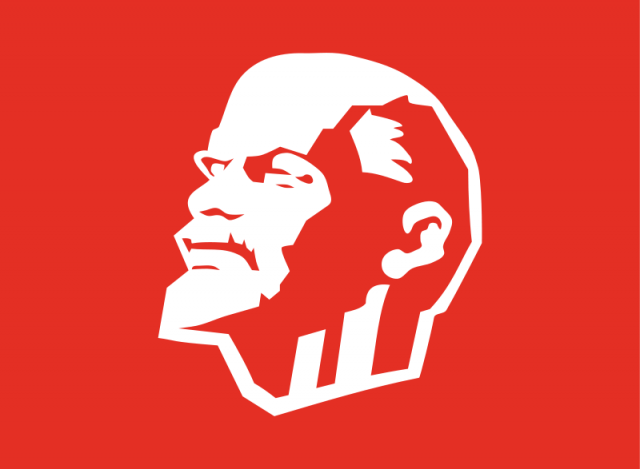 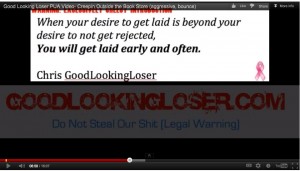 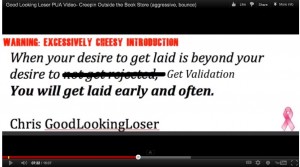 When I was beating my approach anxiety, my desire to NOT BE A FUCKING PUSSY superseded my desire to avoid rejection. I could live with an unavailable girl telling me she wasn't available, I couldn't live with going home feeling like a total pussy. That's what made me talk to girls at the start. So in my case, it was a little different.

In both cases though, one fear is greater than the other fear.

The greater fear (not getting laid ever/feeling like a pussy) serves as a motivator to conquer the other fear (approach anxiety).

If you are out there, have approach anxiety, and fear is your temporary motivator that forces you to take ACTION. Run with it. A lot of experts that don't get laid say that, "Fear should NEVER be a motivator."

Don't listen to this bullshit.

Fear motivates people everyday to stretch beyond their capabilities and test their spirit. Think of kids studying for fucking hours for school, people working mundane 9 to 5 jobs, professional athletes playing injured. There's tons of more examples, but I think you get the point. If fear causes you to positive action, then- great.

Russia, more common in the former Soviet Union, had an interesting way to treat drug addiction.

By most accounts, their method was way more successful than the traditional 'therapies' in Western countries, especially the United States. The recidivism rate (aka the rate at which how many people go back to drugs/alcohol again), was significantly lower than other countries. Although we can't get actual numbers from the old Soviet archives, you are correct to assume that their drug abuse 'program' was more successful in transforming drug addicts to productive citizens of the Motherland. The KGB wouldn't have it any other way.

If you were a 1st time offender, drug addict or if they thought you were- they would arrest you and you'd enter the drug rehab program.

You'd be taken to your cell that allowed absolutely no light or fresh air in.

Depending on how much funding the prison received from Moscow, you may or may not be chained to the floor or a bed that had no mattress. The upscale places had metal beds.

Armed guards would beat the living shit out of you for days, possibly weeks at a time. Every 60 to 90 minutes. If you were in withdrawal, it meant you were a serious drug addict in need of serious rehabilitation. To make sure you knew when you were going to ass kicked, a you'd receive some sort of notification in your pitch black small cell. Maybe a noise, maybe an electrical shock, maybe one of the over-sized rats would let you know. Guards would break your bones, put cigarettes out on your neck, rip your fingernails off and piss on you. Careful not to get blood on their boots. Careful not to die too.

In a few weeks, you'd be rehabilitated! Probably never want to use drugs or alcohol again!

If you did- you were fucking crazy, the USSR didn't look kindly upon repeat offenders.

I suppose the reasonable criticism of this is- these types of reports were common in American Cold War propaganda, the severity of the drug rehabilitation program likely varied through the years and by region. It doesn't mean it didn't happen though. There were a lot more disgusting things that have happened in the USSR, especially in the decades proceeding World War II. Another criticism might be that [seemingly] the majority of people in the former Soviet Union were alcoholics... so who knows.

I can't really suggest a complete course of action for each and every person. But FEAR motivates us all.

I will suggest though, if the consequences of not hitting on a hot girl was for you to be taken to a Soviet prison, you'd probably beat your approach anxiety faster. In fact, I know so. You probably wouldn't care if she said she "has a boyfriend."

You'd be happy enough not to be laying in your own blood and piss for weeks.

I'm not sure what kind of consequences you could put on yourself for not approaching/being a pussy, but it might be worth some consideration. Only a minority of people will actually self-impose consequences on themselves, excuses are much easier and much more common. Additionally, there's certain people that shouldn't consider doing this, some people have a very bad self-dialogue to begin with.

Another alternative is to get someone [that actually cares about you] to impose consequences on you.

Though it's very 'community' like, I thought that giving your friend $100 (in 5 - 20$ bills) and you got $20 back for every approach can be fairly helpful in the initial stages. I only saw 1 case where a guy said "fuck it, keep the money, I'm going home..."

A more aggressive measure might be to call an ex-girlfriend that dumped you and tell her/leave her a message that you can't even approach girls while she can get fucked any night she wants by the dick size of her choice. That might work for some people, but for others it will just make them more miserable.

But imagine if that imaginary boyfriend would kick your ass if you didn't approach, you probably would. You probably wouldn't stand there thinking of reasons not to. You wouldn't have much choice in the matter.

Any sort of accountability is good too, as GoodLookingLoser.com expands, we'll get more of that in the forum.

Until then, I wonder if we can think of some sort of "thing" to get guys to approach women. The AA drills are the formula, but sometimes we need a better motivator.